Top 10 reasons to visit the Himalayas

The Himalaya mountains are a majestic mountain range in every way. There are many places to visit in the Himalayas, and many good reasons to take a trip to the Himalayas. The range stretches 1,500 miles (2,400 kilometres) along the northeastern part of India, passing through Pakistan, Afghanistan, China, Bhutan, and Nepal. Along the way, there are many Himalaya tourist places

Facts about the Himalayan mountains

The mystical quality of the Himalayas is intrinsic to the cultures it touches. To the people of these regions, the Himalayas is much more than an impressive geographical feature. The name Himalaya means the “abode of snow,” and it is also the abode of Lord Shiva – one of the primary gods in India – and many other deities as well.

There are many good reasons to visit this beautiful region – especially nowadays when so much of the world is over-touristed, or spoiled by pollution and over-development. These are just a few. You could try a guided hiking tour — there are tours available throughout the Himalayas, such as the Annapurna Circuit Trek in Nepal.

The Himalaya mountains present some of the most incredible landscapes and stunning scenery on the planet. Many photographers flock to this region for photographic reasons alone. As the sun rises or sets, the white peaks can be seen to light up in multi-colours — such as from Tiger Hill outside of Darjeeling. And there are places, such as the legendary Valley of Flowers in Uttarakhand, India, that are so beautiful as to defy description.

Mountain people are revered in India for their friendliness and simplicity. With all the concerns about travel safety, the Himalayas are probably one of the safer destinations in the region. Charming villages, spiritual pilgrimage centres, and adventure travel operators dot this region and provide a safe haven for travellers.

Hiking and trekking among the mountains of Himalayas

The Himalayas run through Nepal, one of the world’s premier hiking destinations. There are incredible hiking opportunities in India, too, especially in Ladakh, Himachal Pradesh, and Uttarakhand. Many of them are unspoiled, and wind through regions of incomparable beauty. Options range from relatively easy day hikes to extremely arduous multi-day, high-altitude treks to some of the most remote places in the rooftop of the world.

Lord Shiva, who lives above Mount Kailash in the Himalayas, is considered the first Yoga teacher, as he taught this philosophy to his consort Parvati. In more recent times, Yoga teachers have been known to emerge as enlightened masters from caves in the Himalayas. And ever since The Beatles visited in 1968, Rishikesh has been known worldwide as a Yoga and meditation centre. Since the dawn of time, the Himalayas and the evolution of Yoga have been intrinsically linked – and an ideal place to undertake a serious study of this ancient art and science.

READ: Guide to Yoga in India

Spirituality and the gods

To the spiritually inclined, the Himalayas is a sacred region. There are sacred places, temples, ashrams, and pilgrimage routes from one end to the other, including the foothills. The Hindu god Lord Shiva is said to live above Mount Kailash, which is now in Tibet, China. The source of the Ganga (Ganges) River is high up in the Himalayas. One of the most revered and important pilgrimages in India, called the Char Dham, is an expedition to visit the source of The Ganga, undertaken by many devout Hindus. And the yoga capital of the world, Rishikesh, is in the foothills.

READ: Rishikesh and The Beatles Ashram

With the Chinese occupation of Tibet, the culture is more authentic and vibrant outside of the country – mostly in India. The Tibetan government-in-exile, including spiritual leader, the Dalai Lama, is in Dharamsala in north India. And the culture of Ladakh is heavily influenced by Tibet. In fact, travelling in Ladakh, you can get the unmistakable impression that you’re actually in Tibet, rather than India. These regions are preserving the Tibetan culture, which is largely suppressed in China.

Biodiversity and the preservation of nature

The Himalayan mountains are rugged, remote, and largely inaccessible. This has ensured that it’s retained an almost pristine environment and is a focus for both scientific research and nature lovers. Bird watchers, hikers, animal lovers, photographers – all kinds of people who love nature flock to the Himalayas. The Great Himalaya National Park in Himachal Pradesh, India is a healthy ecosystem of rich biodiversity – so important, it is a UNESCO protected site.

The Snow Leopard is one of the most sought-after and elusive animals in the world. These beautiful creatures are on many bucket lists, but for a number of reasons, are very difficult to spot. Reasons include the tough conditions of their difficult terrains in the mountains, the way they are almost completely camouflaged by their colouring, behaviour (they can travel very long distances), and solitary natures. They are also endangered: there are fears there are only 4,000 left in the wild.

While the snow leopard may be the most charismatic Himalayan animal, it is certainly not the only threatened, rare, endangered, or unique animal to inhabit this rugged domain. In India, the Himalayas represent about 12% of the country’s landmass, but more than about 30 of its fauna. It is home to 280 species of mammals, 940 species of birds, 316 species of fishes, 200 species of reptiles and 80 species of amphibians, which altogether accounts for almost 28% of the total vertebrate diversity of the country. There are 163 threatened species found in the Himalayas including the Asian elephant, greater one-horned rhinoceros, wild water buffalo, wild yak, red panda, Himalayan black bear, and the largest carnivore, the tiger.

READ: Guide to the animals of India

Hill Stations of the Himalayas

When the British Raj occupied India, they found the heat on the plains – where the capital Delhi is located – unbearable in summer. As a result, they built hill stations in the Himalayas in places like Shimla, Mussoorie, Nainital, and Darjeeling. To this day, these charming towns retain a Raj-era flavor and are known as holiday destinations for middle class Indian families. Visiting a hill station in India – and especially if you take a toy train to Shimla or Darjeeling – is a must-do in India. 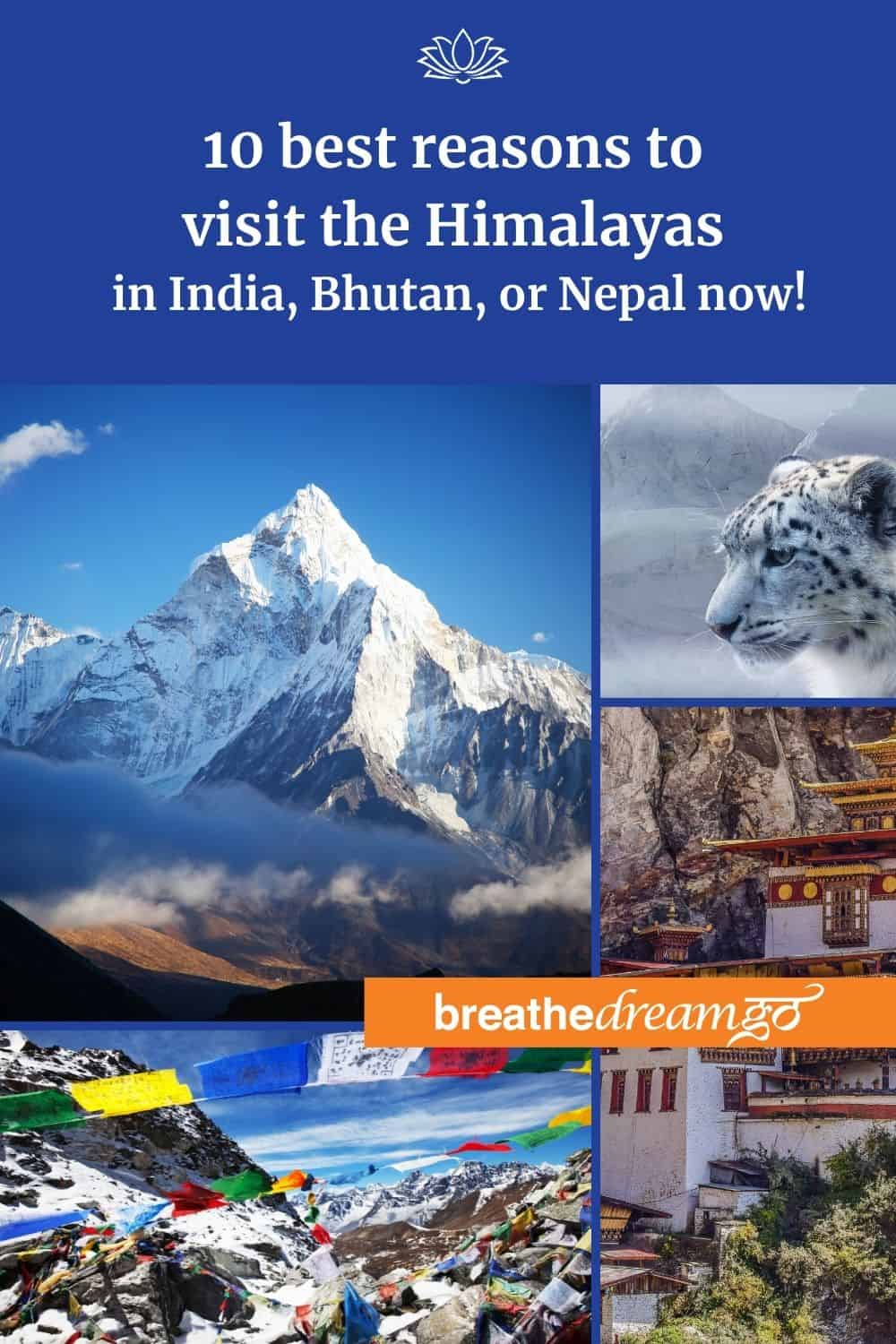 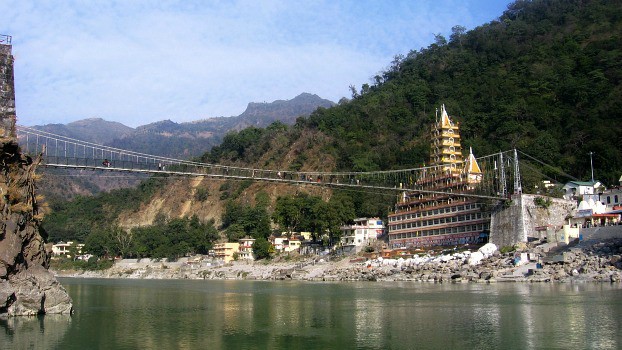 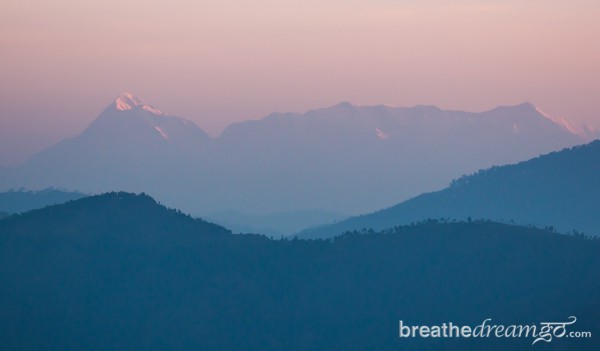 This website uses cookies to improve your experience while you navigate through the website. Out of these, the cookies that are categorized as necessary are stored on your browser as they are essential for the working of basic functionalities of the website. We also use third-party cookies that help us analyze and understand how you use this website. These cookies will be stored in your browser only with your consent. You also have the option to opt-out of these cookies. But opting out of some of these cookies may affect your browsing experience.
Necessary Always Enabled
Necessary cookies are absolutely essential for the website to function properly. This category only includes cookies that ensures basic functionalities and security features of the website. These cookies do not store any personal information.
Non-necessary
Any cookies that may not be particularly necessary for the website to function and is used specifically to collect user personal data via analytics, ads, other embedded contents are termed as non-necessary cookies. It is mandatory to procure user consent prior to running these cookies on your website.
SAVE & ACCEPT
134 shares
134 shares