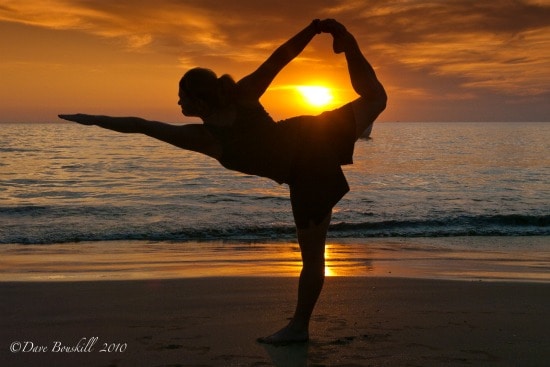 The mass popularity of Eat, Pray, Love seems to suggest that author Elizabeth Gilbert was the first seeker ever to brave the rigours of travel in India in order to discover inner bliss at a spiritual retreat. To set the record straight, spiritual seekers have been going to India for many generations, perhaps many centuries. There is speculation that Jesus trained as a yogi in India – and that’s where he learned to perform “miracles.” Mark Twain went to India in the 19th century.  A Search in Secret India by Dr. Paul Brunton was published in 1935. Somerset Maugham’s masterpiece A Razor’s Edge is about a man who goes to India just after WW1.The Beatles went to India in 1968.

Personally, I think spirituality is the most private and personal aspect of human life — even more than sex and salary. So, I would never presume to make a list of spiritual books without qualifying the criteria: Here are 10 of the most spiritually influential books to me. In other words, it’s a very personal and idiosyncratic list, in no discernible order.

1. The Power of Myth by Joseph Campbell. I think of Campbell as my teacher, though I never met him. I’m not sure anyone’s ideas have influenced me more. He made me see the world as one extremely creative and vital organism, exhibiting itself in an astounding array of religious, mythological and cultural manifestations.

2. The Razor’s Edge by Somerset Maugham. Maugham is probably my favourite writer. His elegant style and piercing insight can’t be beat. And he was way ahead of his time in his depiction of a young man, Larry Darell, who goes to India to seek the truth and become good. Note: The guru Darell meets is never named in the book, but is known to be Sri Ramana Maharishi.

3. The Bhagavad Gita. The Gita is a slim book that depicts just one scene from the sprawling epic, The Mahabharat. The warrior prince Arjun of the Pandavas is at the head of an army, about to go into battle against his cousins. And he’s paralyzed by indecision about whether he should lead this battle against his kin. His charioteer is the god Krishna, who counsels him on dharma — sacred duty. This slim volume is considered the “Bible” to Hindus, and contains the most important philosophies of Hinduism.

5. Rumi. The poetry of Rumi seems to me to express truths that I cannot believe he was able to capture. In The Tavern he writes about how someone brought me here, they have to take me home. Reading those lines was like basking my brain in a glorious sunrise.

6. Autobiography of a Yogi by Paramahansa Yogananda. Anything is possible. That’s my quick take on a long and involving book. It took me a few tries to finish it — but since then, I have read it about three times.

7. Nine Lives by William Dalrymple. A masterpiece. I was already a big Dalrymple fan — his wonderful book City of Djinns, about Delhi, is on one of my previous lists — but this book escalates him to a new level as far as I am concerned. The book profiles nine different people Dalrymple has met on his extensive travels in India. All of the unique characters in the book are involved in some arcane spiritual practise and the enormous research Dalrymple did to flesh out the stories and give the reader background and context makes for fascinating and informative reading.