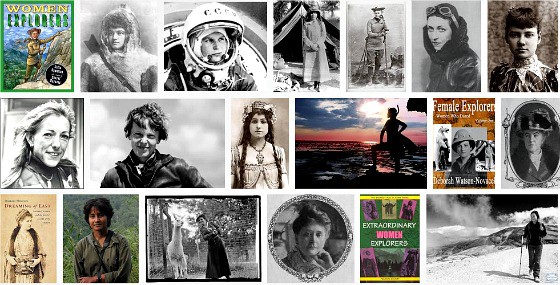 Do women explore and travel the world differently than men?

WHAT DO YOU THINK about women explorers? It is my view that men and women have have a different approaches to exploring. While men seek to conquer, women seek to understand. Perhaps this is the reason that women explorers traditionally get short shrift.

I didn’t discover my “inner explorer” until I was in my 40s. After several personal losses left me feeling depressed, I packed up my apartment, lit out for India and spent six months traveling from one end of the subcontinent to the other. Since then, I’ve been back to India six times, and many other places, too.

What I discovered is how alive traveling and having adventures makes me feel. And I’m not the only woman who feels this way. There’s a scene in the second Lord of the Rings movie, The Two Towers, when Aragorn asks Eowyn, “What do you fear, m’lady?” and she answers, “A cage.” Laura Dekker, who sailed around the world when she was 16, said in her blog she was far more haunted by memories of Dutch social services threatening to lock her up than she was scared of pirate kidnappings, treacherous seas or being shipwrecked.

But when you think of an “explorer,” who do you picture? Someone like Marco Polo or Christopher Columbus? Maybe David Livingstone or Edmund Hillary? Chris Hadfield or Neil Armstrong? These brave men are all household names. But how many female adventurers, travelers and explorers can you name?

If you google “explorers” or “famous explorers” you get lists of male names. To find out about female explorers, you have to specifically search that phrase. Travel TV shows and adventure magazines are often dominated by men, too. The Explorers Club, founded in 1905, only started to admit female members in 1981 (read the impassioned letter Carl Sagan wrote on this subject).

Though women are just as indomitably curious as men, and have been out exploring the world for just as long, they just don’t get the same press. But spirited women are certainly out there. Here are some of my favourites.

A princess born in India in 1501, Mirabai was married against her will to a prince of Chittor, near the city of Udaipur in Rajasthan. Her life was marred by persecution as she struggled to manifest her ardent desire to compose, sing and pursue spiritual studies. Though she was famed for her talent, her family felt she was bringing dishonour by not behaving the way a courtly lady should — and they tried to poison and drown her. She escaped and travelled widely, journeying across northern India to Vrindavan, and eventually to Dwarka in Gujurat, where she disappeared under mysterious circumstances at age 50. Read my Mirabai expedition as I followed in her footsteps across North India.

Alexandra David-Néel (1868 – 1969) was a Belgian-French explorer, spiritualist, Buddhist, anarchist and writer. Alexandra married for convenience and then, leaving her husband behind, began travelling in India, China, Sikkim and Tibet in 1904. After a love affair with the Maharajah of Sikkim ended tragically when he died from poisoning, she lived in a cave for two years and apprenticed with a Tibetan Buddhist teacher. Her mastery of the language and culture of Tibet allowed her to travel, disguised, throughout the country. Following a long, arduous journey, she finally reached the capital, Lhasa, in 1922, along with her disciple Lama Yongden. It was an amazing feat because at that time Lhasa was closed to foreigners. Back in France, Alexandra wrote dozens of books and continued to lecture and travel until well into her nineties. Her book My Journey to Lhasa, became an instant adventure travel classic when it was published in 1927.

Dame Freya Madeline Stark (1893 – 1993) DBE was a British explorer and travel writer. Born in England, Freya moved to Italy with her mother and worked as a nurse there during WWI. She had no formal education, but followed a passionate interest in Arabian culture that was probably born from her love of The 1,001 Tales of the Arabian Nights. After the war, she attended the School of Oriental Studies in London and began travelling extensively in the Middle East. She lived in Baghdad and travelled into remote parts of Iran and the Arabian deserts that no Westerner — male or female — had ever visited. During WWII she worked for the British Ministry of Information in Cairo, and after the war resumed her travels — this time to Turkey and Afghanistan. Dame Freya continued to travel and write well into old age, and published many travel books including Baghdad Sketches, The Valleys of the Assassins and several volumes of memoirs. She was made Dame Commander of the Order of the British Empire in 1972.

In 1963, when she was 32 years old, Dervla Murphy rode her bike from Dublin to Delhi, alone. She rode clear across Europe, Turkey, Iran, Afghanistan and Pakistan. She survived snow storms, a wolf attack, attempted rape, a bus accident and severe dehydration. And she had the time of her life. She wrote about her adventures in a rousing book, Full Tilt: Ireland to India with a Bicycle. But this was just the beginning for Dervla, who felt a sympathetic affinity for the Tibetan people in exile, and worked with them as a volunteer on several trips to India and Nepal. Since then, she has travelled widely on four continents, with her daughter Rachel when she was young, often using pack animals and usually avoiding tourists by seeking out remote and untouched regions.

Some of her adventures include walking across Ethiopia with a mule, travelling on horseback through Cameroon with Rachel, and cycling from Kenya to Zimbabwe. She’s written about 25 books in total, about her travels and various political issues. Now in her 80s, Dervla lives in Ireland and continues to passionately write about the things that matter to her.

I had the great fortune to visit Dervla Murphy in her home in Lismore, Ireland in 2013, and interview her about her travels, books and approach to life. She was very warm and welcoming, and I stayed for a couple of hours in her unique home — which used to be an open-air market, and is now a jumble of enclosed spaces around a rambling garden, up an alleyway from the street. Dogs run freely around, the outdoor and indoor spaces converge and piles upon piles of books cover tables, chairs and floor space. When I asked Dervla how she managed to find the courage to travel as she did, alone and across vast distances and foreign lands, she said, “Naaah, you don’t need courage, you just need curiosity!” Read my full interview with Dervla Murphy here. 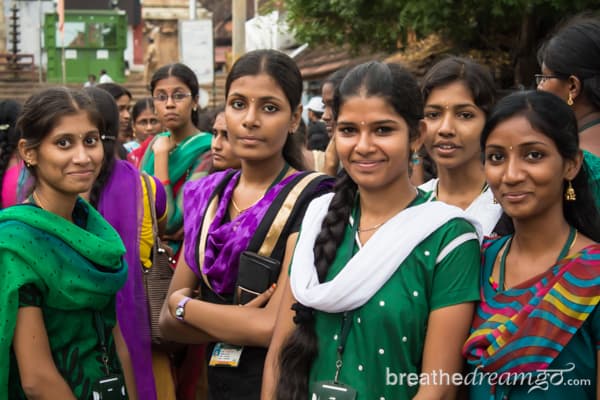 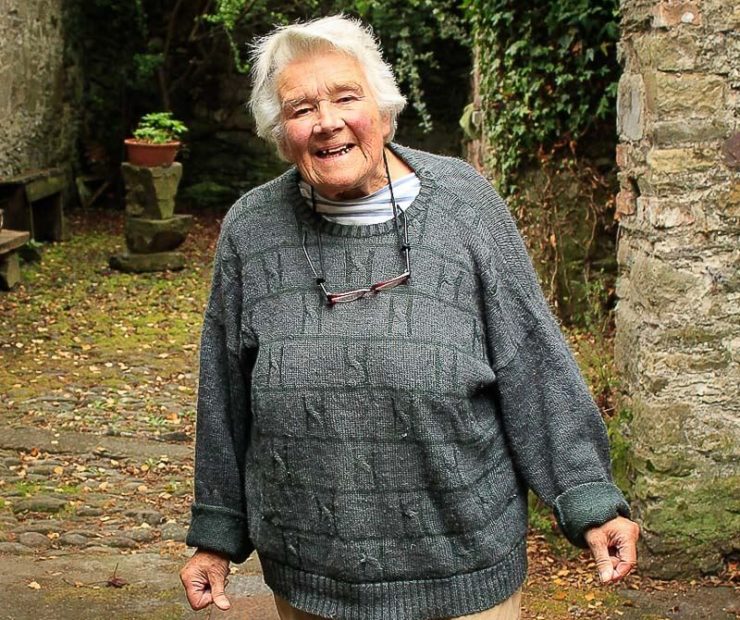 This website uses cookies to improve your experience while you navigate through the website. Out of these, the cookies that are categorized as necessary are stored on your browser as they are essential for the working of basic functionalities of the website. We also use third-party cookies that help us analyze and understand how you use this website. These cookies will be stored in your browser only with your consent. You also have the option to opt-out of these cookies. But opting out of some of these cookies may affect your browsing experience.
Necessary Always Enabled
Necessary cookies are absolutely essential for the website to function properly. This category only includes cookies that ensures basic functionalities and security features of the website. These cookies do not store any personal information.
Non-necessary
Any cookies that may not be particularly necessary for the website to function and is used specifically to collect user personal data via analytics, ads, other embedded contents are termed as non-necessary cookies. It is mandatory to procure user consent prior to running these cookies on your website.
SAVE & ACCEPT
41 shares
41 shares