Because though travel adventure comes with risk, the rewards are usually far greater

“In the wastes of civilization, Luristan is still an enchanted name. Its streams are dotted blue lines on the map and the position of its hills is a matter of taste. It is still a country for the explorer. I penetrated only a vey little way. But I spent a fortnight in that part of the country where one is less frequently murdered.” Legendary travel writer and explorer Freya Stark wrote these lines in 1934, after an extremely arduous trip, by donkey, into parts of the Middle East no European woman had previously visited. Her book about this trip, The Valleys of the Assassins, is filled with adventurous tales of avoiding bandits, sleeping under the stars, looking for hidden treasure and suffering every kind of discomfort, mishap and illness.

It was typical for Dame Freya Stark, who lived to be 100 and was many times decorated by the Royal Geographical Society. She set off on many daring journeys, usually alone, with only one native guide. Yet all of her trips ended well; she always found safe passage; and most of the people she met along the way were kind, generous and helpful. And so it goes.

Freya Stark understood the true nature of travel, that discomfort and risk are to be expected, and that without them, there is no chance of adventure. She also knew what most travellers eventually discover: most people are good. Most of the time, when you actually get on the ground somewhere — even places that are considered unsafe, risky, impenetrable, challenging — the everyday people that you meet will make you feel comfortable, if not down-right welcome.

This has certainly been true for me during my 17 months of solo travel in India over the past seven years. People often wonder in amazement how I can be so brave, and I sometimes let them think of me that way. But the truth is, I have rarely felt unsafe in India; I have always found the people to be warm and welcoming. And … I have always travelled prepared. I never expected India to be like Canada. Consequently, I wasn’t overly perturbed by stares, or Delhi-belly or delays. I wanted adventure and I accepted the conditions.

And it seems to be this combination of having realistic expectation and being open to the inherent kindness of strangers that makes for the best travellers. Some of my favourite travel bloggers agree with me, and here they offer stories from their travels to some of the world’s more forbidding places, like Iran, Nepal, Jordan, Taiwan and Colombia.

Read on and feel encouraged and inspired by true tales from travel bloggers about what it’s really like to visit off-the-beaten path destinations.

When we told our family and friends we were going to visit Iran, some of them said goodbye to us as if it would be the last time they saw us. They thought we were crazy, reckless. But we had Iranian friends and knew people inside the country; they all told another story than what we had seen on the news. And we knew we had to see and experience Iran for ourselves to discover that other story. We’re so glad we did.

From the moment we boarded the plane for Tehran to the time we took the train from Iran to Turkey, we were welcomed everywhere we went by ordinary Iranians we met on the streets and markets. And when people found out we were American, the hospitality went up another notch. Iranians asked us to go back and let people know about the “real Iranians,” not the ones they see on the news. While our governments may not get along, people are people. And it is these connections that transcend boundaries and politics.

Daniel Noll and Audrey Scott are writers, digital storytellers, speakers and consultants. They love to tell stories about a destination’s more personal and human dimensions, often challenging stereotypes and shifting perceptions along the way. Over six years later and 75 countries later, they are still traveling…and still married. You can follow along with their journey at Uncornered Market.

What if … you have a magical time in Jordan?

When we told our friends and family we were traveling to the Middle Eastern country of Jordan, nearly every response was the same: ‘Is it safe?!’ Far too often, we let our fears prevent us from chasing our dreams. Our imaginations run wild with negative ‘What if?’ possibilities, without giving equal weight to the potential positives. What if I learn amazing things about a rich indigenous culture whose people, cuisine and music move my spirit in ways I never imagined? What if that inter-cultural dialogue gives way to greater mutual understanding and respect? What if this adventure changes me, and my life, for the better? For years I’d dreamed of walking through the ancient city of Petra, riding camels through the desert of Wadi Rum, and immersing myself in the Bedouin culture. But the reality of the experience was far more emotionally resonant than anything I could’ve imagined. And yes, it was safe. But more importantly, it was magical.

Bret Love is the co-founder of Green Global Travel, an award-winning website devoted to inspiring stories about the joys of ecotourism and the conservation of nature, wildlife and indigenous cultures.

When I tell people I travel solo all over Nepal, including trekking for nine days in the Annapurna Himalayas, most express shock and concern for my safety. This attitude seems more prevalent in the U.S. than any other part of the world. Americans have somehow become convinced that overseas travel in general is dangerous, but that couldn’t be farther from the truth. I’ve been traveling solo for years and the ONLY place I’ve ever had a problem in in the U.S. – I was robbed in Hawaii a number of years ago. While Nepal is a desperately poor country, it is quite safe. I have visited remote locations where few speak English, ridden the local buses, and stayed with local families. Anyone considering a visit to Nepal can rest assured that Nepalis are lovely people who will enthusiastically welcome you to their country and help you in whatever way  possible.

After years of working at jobs that paid the bills but brought no joy, Barbara Weibel walked away from corporate life to travel around the world solo for six months and recreate herself as a travel writer and photographer. The travel bug bit so hard that Weibel subsequently opted for the life of a digital nomad; today she travels nine months each year and writes about her experiences on her blog, Hole in the Donut Cultural Travel.

Spoiled by honesty in Taiwan

When I first moved to Taiwan eight years ago I was worried about my safety. I knew little about the country except that the culture was Chinese and they produced top notch GI Joe action figures. Over time I found the country to be refreshingly free, not only of crime, but also homeless people and beggars — both of which I was accustomed to after living in Vancouver. I later started a magazine there. One day, while writing an article I learned that Taiwan had the lowest poverty rate in the world. I came to see most Taiwanese people are incorrigibly honest, almost to the point of naiveté. I’ve never felt more safe than I did in Taiwan. After a few years there I wouldn’t think twice about leaving my work briefcase — which would often contain $,1000-$2,000 USD, contracts, and my laptop — alone at a cafe table while I visited the restroom. Now that I’m back in the U.S., every time I walk through a sketchy neighbourhood or sit uncomfortably on a subway in a car with a group of unsavoury young, I remember how spoiled I was in Taiwan.

Matt Gibson is the blog manager for Flight Network and an award-winning adventure travel blogger.

“You’re not planning to cycle through Colombia, are you? It’s way too dangerous!” I can’t even begin to tell you how many times we heard those words as we slowly made our way south. Our goal – to cycle from Alaska to Argentina – involved, of course, a passage through Colombia. And its reputation went before it. For years, Colombia was plagued with violence – that’s very true. For many years, it was dangerous for foreigners to travel through the country and there was a decent probability that you would be kidnapped if you attempted it. Now, the country has been cleaned up and, as the ads say, you’re biggest danger is that you won’t want to leave. And yet that reputation just won’t go away.

In the end, out of 15 countries that we cycled through, Colombia was one of our favourites. If we had heeded the warnings and given in to the fear mongering, we would have missed a delightful country. I am so very glad we made the decision not to give in to fear.

After 21 years of classroom teaching, Nancy Sathre-Vogel of Family on Bikes made the decision to leave her teaching career behind to travel the world on a bicycle. Together with her husband and twin sons, she cycled 27,000 miles throughout the Americas, including traveling from Alaska to Argentina. Now she lives in Idaho, pursuing her passions of writing and beadwork. 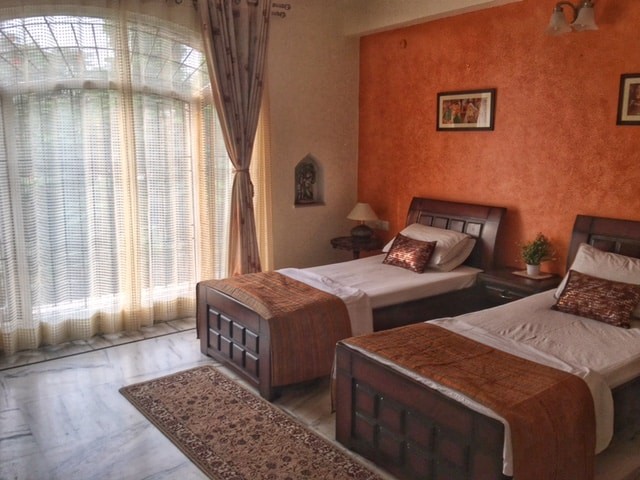 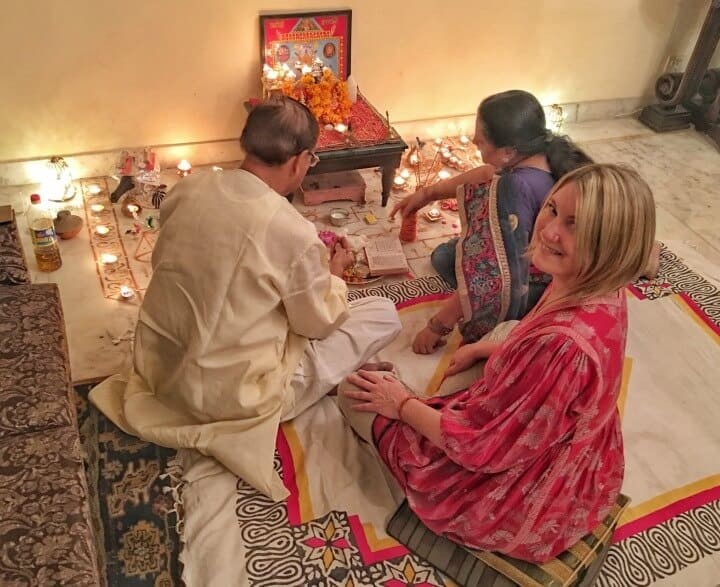 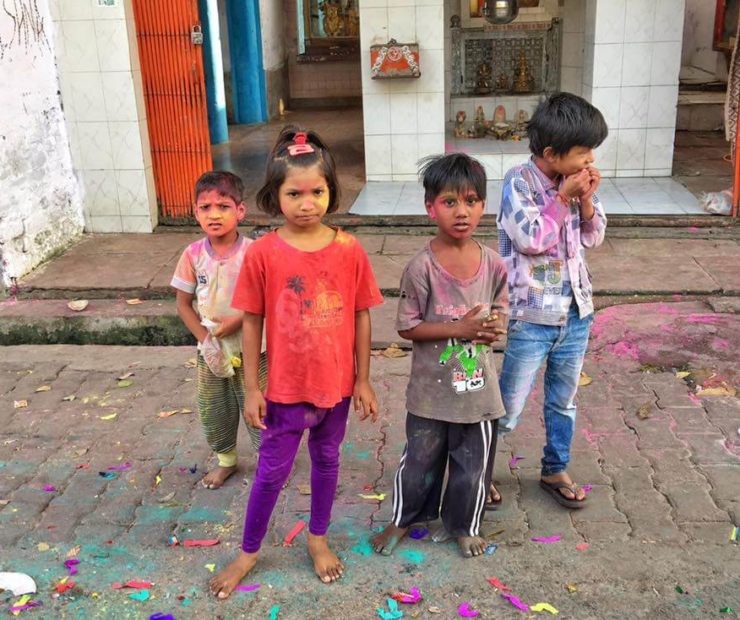 This website uses cookies to improve your experience while you navigate through the website. Out of these, the cookies that are categorized as necessary are stored on your browser as they are essential for the working of basic functionalities of the website. We also use third-party cookies that help us analyze and understand how you use this website. These cookies will be stored in your browser only with your consent. You also have the option to opt-out of these cookies. But opting out of some of these cookies may affect your browsing experience.
Necessary Always Enabled
Necessary cookies are absolutely essential for the website to function properly. This category only includes cookies that ensures basic functionalities and security features of the website. These cookies do not store any personal information.
Non-necessary
Any cookies that may not be particularly necessary for the website to function and is used specifically to collect user personal data via analytics, ads, other embedded contents are termed as non-necessary cookies. It is mandatory to procure user consent prior to running these cookies on your website.
SAVE & ACCEPT
91 shares
91 shares