The Fairmont Royal York Hotel in Toronto has “gone Indian” for the 12th International Indian Film Academy (IIFA) Awards, June 23-26, 2011. Renamed the Fairmont “Raja” York Hotel for the week, the landmark hotel has also introduced the Raj Kapoor Martini and several other cocktails and mocktails, and a specially created Indian menu. The hotel is also turning its York’s Deli into Delhi Deli  for the three-day show. Indian-inspired foods the hotel will be serving include spicy Bombay street snacks, home-style curries and authentic recipes such as chai, samosas and pakoras. The iconic hotel is also holding its first-ever Indian Wedding Show on Wednesday, June 22.

Stars such as Shahrukh Khan, Dharmendra, Priyanka Chopra, Anil Kapoor, Rani Mukherji, Sonny and Bobby Deol, and many more are expected to attend.

Here are the cocktails the Fairmont Raja York will be serving:

Bollywood week at the Fairmont starts with lunch

To kick off “Bollywood” week in Toronto, the historic Fairmont Royal York Hotel hosted a media luncheon on the luxurious “Gold Floor.” A special Indian-with-a-twist menu was prepared by chefs David Garcelon and Vishwa Mohan. Mohan was trained at the Oberoi  Udai Vilas in India, and really knows how to bring Indian spices and cooking techniques to North American foods. We started with Tandoori Lobster and asparagus soup and finished with a sublime Gajjar Halwa.

In accordance with IIFA’s commitment to environmental awareness, the Fairmont Royal York will roll out a “green carpet” instead of the traditional red carpet. The hotel is well-known for well-established environmental practices: reducing, recycling, reusing, redistributing and rooftop gardening.

Get live updates from IIFA!

Some information contributed by IANS. 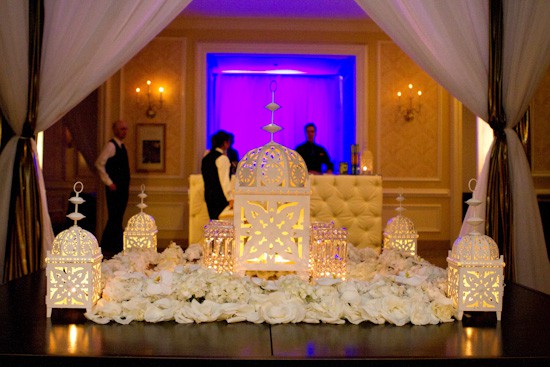