You are here: Home / India / Will magic disappear tomorrow? 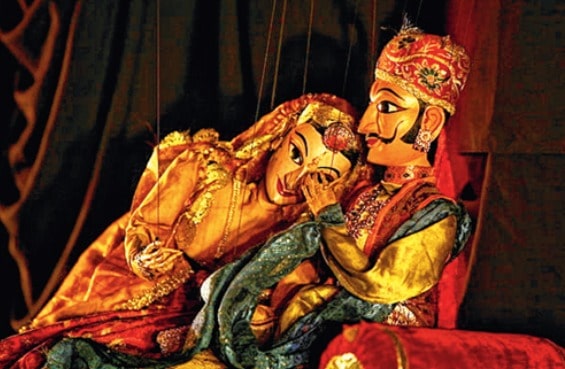 Rajasthani puppets made by Puran Bhatt.

IS KATHPUTLI COLONY in Delhi just another dirty, unhygienic slum in India that should be condemned and cleared out? Or is it an artist’s colony worth preserving for the traditions it represents and to protect the hundreds of artists, magicians, acrobats, dancers, singers and poets it houses? I suppose it depends on your point of view and what you value.

Kathputli Colony is the subject of a new documentary film called Tomorrow We Disappear, and this question of traditions and values is at the heart of the film, and the dilemma the residents face. A rich developer wants to bulldoze the colony and destroy the homes the artists and magicians have lived in for, in many cases, their entire lives, to build a skyscraper and mall.

The film brings viewers right into the heart of the Kathputli Colony, and the homes of the residents, exposing both the poignant details of their lives and struggles to make a living, and the heart-break of facing eviction. It’s a moving, intimate and beautiful portrait of a very unique community caught in the machinations of so-called progress. 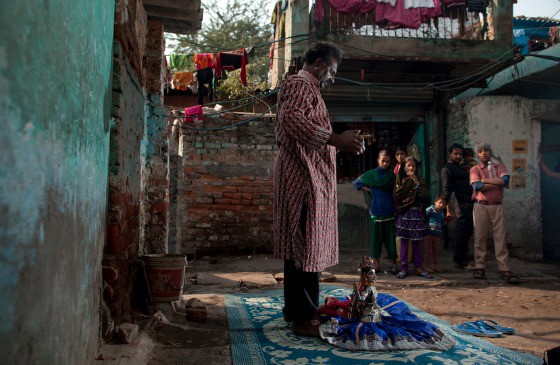 I found out about Tomorrow We Disappear several years ago when I first discovered Kickstarter and was perusing the site to find out what kinds of projects were trying to raise money. I happened to chance upon it, and watched the video that filmmakers Jimmy Goldblum and Adam Weber made to encourage people to support the project. At the time, they were trying to raise enough money to return to India to finish filming.

I gave them a small pledge and received a magic ring in return (it’s one of the rules of Kickstarter that you have to reward your funders). And so over the years I have occasionally received updates about the film in my inbox until finally I learned the finished film would be shown during the Hot Docs film festival in my hometown, Toronto. And so I went. 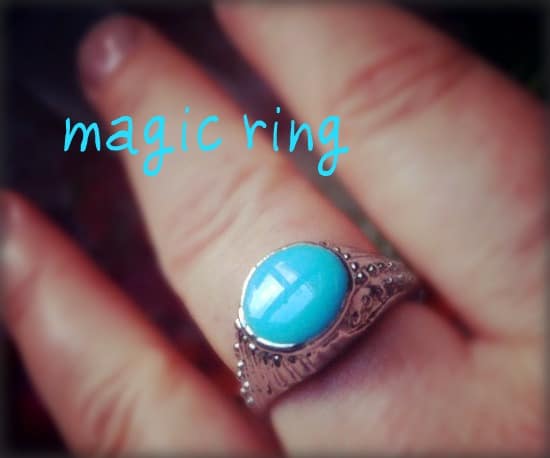 The stars align around magical realism

I loved the film from the first frames that draw you into the close warren of the colony, the atmosphere of family togetherness and the touch of magic that pervades all. A stirring and note perfect soundtrack by composer Dan Romer adds another layer of emotional intimacy to a powerful story. (And a shout out to the rich and inspired cinematography.) Early on we are introduced to the three main characters, Puran Bhatt (puppeteer), Rahman Shah (magician) and Maya Pawar (acrobat) 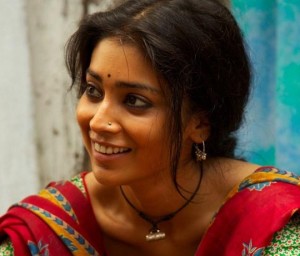 After the film, Jim Goldblum and Adam Weber went up on stage and answered questions. In response to the question, “Where did you come up with the idea for the film?” Adam said that Midnight’s Children was his favourite book, and when he Googled magician colony, a tiny squib mentioned the Kathputli Colony (this was back in 2010). Then he met a magician on Facebook who said he was from there. That was enough to intrigue both Adam and Jim and send them to their nearest REI to start outfitting themselves for a trip to India.

When Adam mentioned Midnight’s Children, I had one of those AHA moments, sitting there in the Bloor Cinema, when the usually mysterious and obscure patterns of my life suddenly clicked into place and made sense. I had a similar moment several years ago when I stood on the red carpet for the premiere of the film Midnight’s Children. I had just moments to interview Salman Rushdie, and make every question count, so the first one out of my mouth was, “Do you believe in magic?”

He replied, “I don’t actually believe in magic, but I believe in it for literary purposes. Look, when you grow up in India, you grow up with this whole storehouse of magic stories. The Arabian Nights was just the most famous, but there are lots of others. So you grow up with Sinbad and Ali Baba and you know that carpets can fly…”

At this point I just had to cut him off, I was bursting with excitement, to say, “I was obsessed with the Arabian Nights as a child!” And he said, “Oh, me too. So when you grow up and become a writer, you know you can use those techniques and play those games. And I just applied those techniques to a real world, a world I grew up in and a world that is also full of mystery. History and magic is a good combination.”

I was elated by the conversation, partially because Salman Rushdie is so urbane, charming and articulate and partially because I felt so many personal dots connecting over writing, a love of books and the Arabian Nights, all my travels in India … everything seeming leading to that improbable moment on the red carpet.

Likewise talking to Jim and Adam briefly after the screening, showing them that I was wearing the magic ring I received from them, and suddenly knowing why I was attracted to this film, and why I think it’s important. 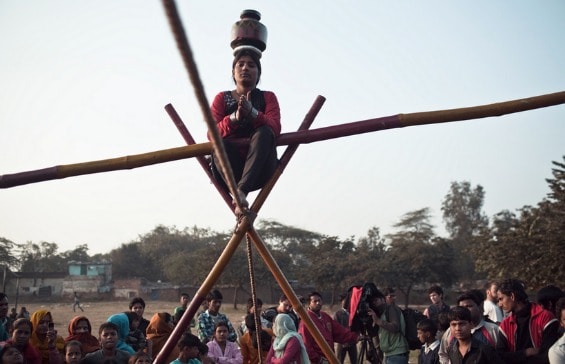 There’s a scene in the film when Rahman is singing, and remarks that he sings quietly when he doesn’t know the words. His friend Puran responds, “No, that ‘s when you should sing loudly, so others who do know the words can join in.”

Life and the world changes, and perhaps that’s how it should be. But I can’t help rooting for the Kathputli community, and wish that the powers that be would recognize the colony’s unique contribution to the cultural heritage of India. I wish there was money to help clean up and modernize the colony the way it is; make it safer and more hygienic for the residents without destroying the magic. And then build the theatre that renowned puppeteer Puran Bhatt envisions. Instead of allowing India’s culture to die, and relegating it to the exhibition halls of Pragati Maidan, support the living, breathing, dynamic reality that’s right under your nose in the nation’s capital region.

The tide of modernity and the policies and ethos of India Shining is sweeping aside a more traditional family-oriented way of living that messy, vibrant, free-spirited Kathputli colony represents. And that’s not all. It’s also sweeping away a worldview that is as much informed by belief in magic and the power of myth as it is by the rational, pragmatic, materialistic thinking that dominates the west.

And this is perhaps what makes me saddest of all. I grew up in awe of stories of magic and myth, and have always felt they were one of the most potent forces in the world. The idea that we can live without them, and that material progress and scientific development is all that matters, is extremely misguided, if you ask me. 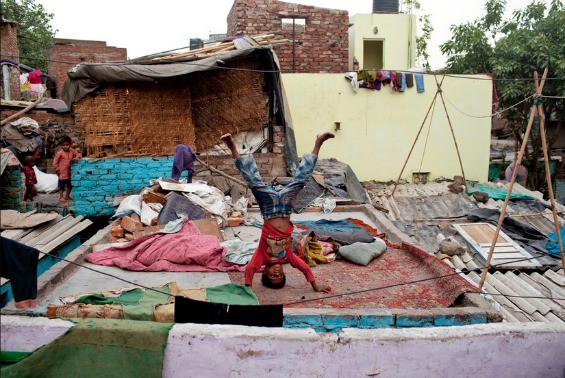 One of the reasons I love travelling in India so much is that I still see the beauty of those forces at work, in the art and architecture, the dynamic spirituality, the heart-felt faith of the people.

I connected with filmmakers Jimmy Goldblum and Adam Weber from that first moment I saw their project listed on Kickstarter because I sensed we are kindred spirits who think the unseen is as important as the material world. And I applaud them for following their hearts and devoting an enormous amount of time, energy and love into making Tomorrow We Disappear. I just hope the magicians’ skills can make this special place reappear.

ps Jimmy and Adam told me they think I am their first Kickstarter funder to see the film. I can’t tell you how that makes me feel.

Watch the trailer for the film