You are here: Home / India / Getting India wrong

This guest post is by Clare of Wayfarer Diaries. Clare and I met online and I was captivated by her blog. She experiences travel in India openly, with a beginner’s mind, and is able to capture her experiences in words that seem to flow effortlessly. Here’s her impressions of India as a first time visitor.

It seems that everyone has an opinion on India, and often those opinions are as conflicting as the country itself. But however much advice you take on, however many pictures you have in your head or packets of Dioralyte in your backpack, India will surprise you at every turn.

I travelled through India, mostly solo, for three months recently — my first time in the country. Travelling from Kerala to Delhi, from the sun-kissed beaches of Goa to the rushing chaos of Mumbai through to the magical deserts of Rajasthan, I threw myself into something of a baptism of fire for my first taste of the Indian travelling experience. And I got a lot wrong. Some days I felt like I got everything wrong. But India is nothing if not a teacher, and hopefully others can benefit from my hard won lessons. So, from the perspective of a first timer, here’s just some of the ways I got it wrong in India.

I went in with expectations

I have dreamed of India since I was very young. A world of genies and elephants and dancing princesses, a place where imagination manifests in reality. When I first stepped onto Indian soil, I tried to match the colours and chaos all around me to the pictures in my head, but I quickly learned that India is unimaginable. The colours, the noise, the smells and the sheer number of people… my expectations were quickly either disappointed or blown out of the water, because India is endlessly unpredictable. I learned to take it as it is, embracing each experience as my own and without judgement, as there is really no yardstick to hold India against. 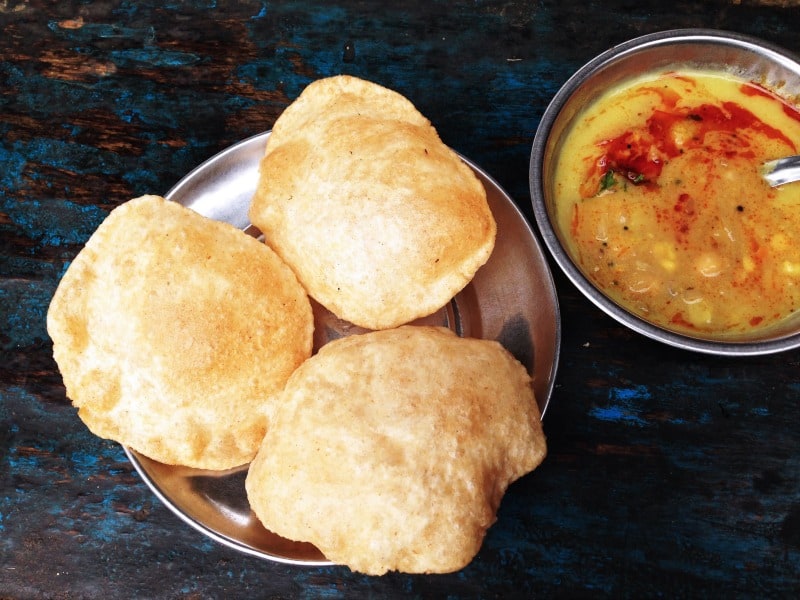 I thought I knew what curry was

I love an Indian takeaway as much as anyone. In fact, for my last meal at home before I set off on my travels back in September, I chose a curry from our local Indian restaurant, and I was excited to try what I thought of as Indian food in its home country. The thing is, Indian food in India is a completely different ballgame. The food is incredible, exciting and aromatic and full of a thousand flavours that dance across the tongue. I ate a simple Gujarati meal with a local family in their home, perfect samosas from nondescript street vendors, rich gravy dishes and breakfast dosas in Kerala — all of it delicious but none of it similar to the ‘Indian food’ I am used to in the West. From crisp buttery naan to soupy spiced dahl, creamy paneer masala to puffs of puri that dissolve like clouds on your tongue, it is just so good, but it is not merely curry. Indian people are very clear on that.

I underestimated the train booking system

The train booking system in India is difficult, to say the least. For starters, it’s pretty complicated. Some trains have seven different seat classes, there’s waiting lists and intricate coach allocations and last-minute tourist quota tickets. Then there’s the fact that the trains are very, very busy and book up sometimes months in advance, leaving your itinerary in tatters. Most of my travels prior to India took place in Southeast Asia, where a hundred tour operators will literally fight to get you onto a bus or train to wherever you wish to go, usually equipped with snacks and clean drinking water, so the days of effort required to make travel arrangements here came as something of a shock. My style of travelling is usually very open, I like to leave myself free to change my plans last minute to travel with a new group of friends or include alternate locations that I hear about along the way. In India I had to adapt this and incorporate much more forward planning, or risk missing out on places I wanted to see. 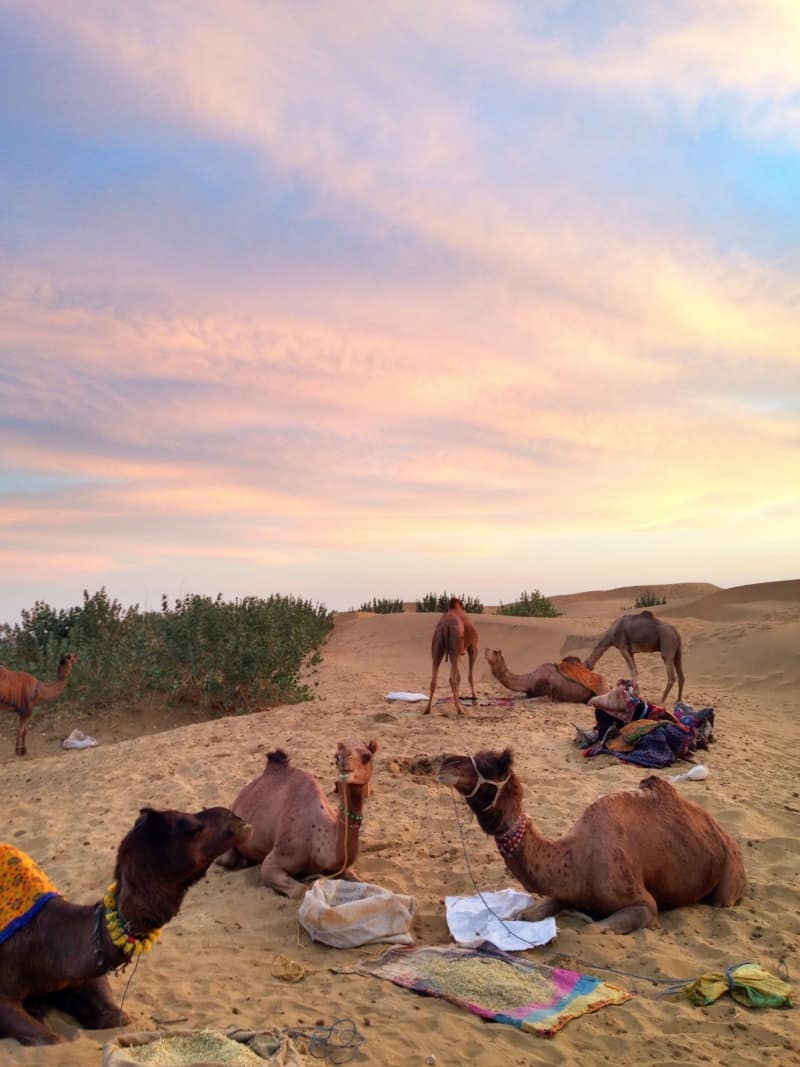 I tried to be polite

I’m British. Manners are important to us. India is a place in which often, the concept of ‘manners’ as we understand it in a Western context is simply not part of the culture, and I struggled initially with adapting my understanding of ‘acceptable ways to behave towards other humans.’  Pushing and shoving to get a seat on the train, cutting lines at ticket counters, shouting in another person’s face or completely ignoring seemingly reasonable requests (asking an auto rickshaw driver if you can give him money to take you somewhere, for example) are all behaviours that make a lot more sense when you consider that there are around 1.27 billion people in India, all competing for space, and you are probably in their way. When you witness the sheer seething mass of the population in Indian cities, it’s actually amazing how accommodating everyone is of each other. Cram that many people into London and you would see repercussions.

I am not a particularly suspicious person. If someone tells me something, I am not in the habit of assuming that they are lying to me. So when I got off a bus in Jaisalmer at 4 am and was greeted by a smiling man with my name on a sign telling me he was Abu, the guesthouse owner who I had arranged to pick me up from the bus station, I saw no need to argue with him. An hour later, when I was woken by the real Abu banging on my door having come to find me, I realized that I had been scammed. It turned out that a man who worked with the bus company in Jodhpur had called ahead to another guesthouse, given them my name and told them when I would be arriving, and arranged for them to pick me up instead. Thankfully they only took me to the wrong guesthouse, and not somewhere more sinister, but lesson learned. Although I met some wonderful, kind and helpful people in India, I quickly learned that when it comes to money, you simply cannot trust everyone. 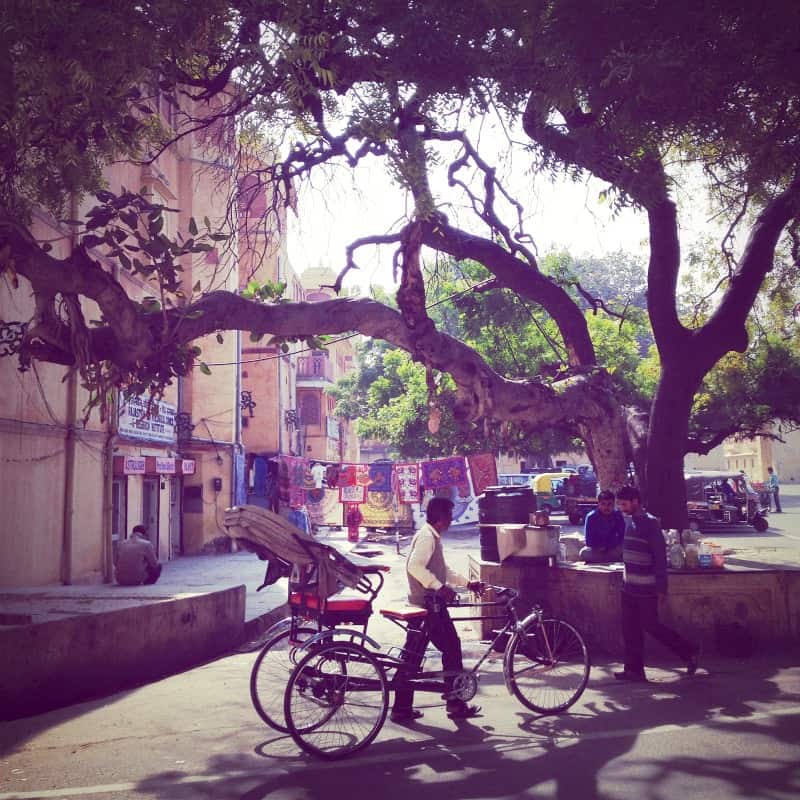 I lost my ear plugs

India is really, really loud. Honking car horns, calls to prayer, non time-specific cockerels, wedding parties that go on into the night, people shouting at each other — all this adds up to a pretty much constant din, which can make things like sleeping and long journeys on public transport very difficult. This was initially solved by my trusty little foam ear plugs, which I then lost in about week three, and didn’t get a full night’s sleep from there onwards. Three pieces of essential travel kit in India: hand sanitizer, toilet roll, earplugs. Don’t lose them, unless you like being kept awake on sleeper trains by Indian men shouting down their phones at 3 am and then replaying the tinny ringtone aloud for the next half hour, just because they really like the song and feel that everyone else on the train should benefit from their taste in music.

And then I lost my temper

Logistically, India throws down a gauntlet of situations that test every ounce of resourcefulness and patience. More than anywhere else I have ever travelled, I found myself confronted by my own failings and flaws, forced into uncomfortable introspection by the challenges of my environment. And one of those discoveries was my quickness to anger and blame when things don’t go my way. Some of the situations I encountered prompted responses ranging from tears of helpless frustration to flashes of hot rage, but I realized early on that there really isn’t any point in getting angry. Things go wrong and people make mistakes. When I ended up having to sleep in a train station because my train was delayed by 12 hours, the best thing to do was simply to accept it. Getting angry wasn’t going to make the train come any quicker, and everyone else had far too much going on to care about my tantrum.

India is infinitely varied, vibrant, charismatic, enlightening, frustrating, defeating, clamouring. It offers both the most incredible experiences and the toughest challenges you will ever face while travelling, and it can be completely exhausting.

By the end of my three months there, I came to a point where my emotions had no real grounding in the context of my experiences — memorably realized when I burst into tears in the back of a tuk-tuk for no apparent reason, to the absolute horror of the driver. I became accepting of the fact that in a day I could swing from elation to tears, from contentment and peace to frustration and despair, simply because of the intensity of every day there. Never have I learned so much from a place, and never have I felt simultaneously so immersed and yet alienated whilst travelling.

You cannot simply be in India, the place consumes you, envelopes you and buries itself deep in your heart, becoming part of you like it’s tattooed into your skin. If you fight it you will lose. But if you succumb, letting yourself be carried on the waves, you will find a country like no other; a place that is bigger than the sum of it’s geographical parts, a place that changes you from the inside out. And I know that it will pull me back again and again. 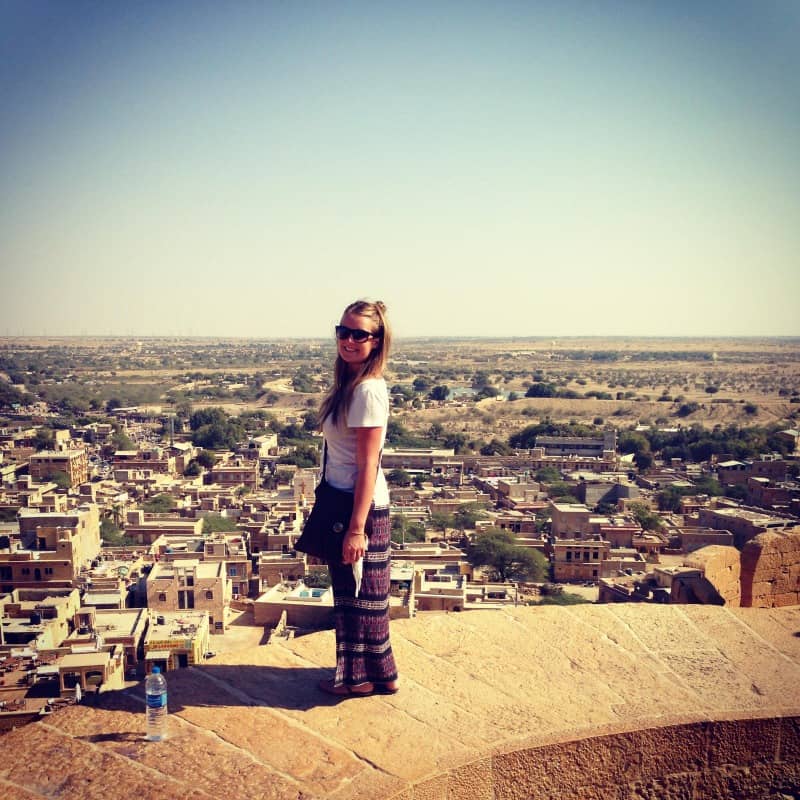 Clare is a 26-year-old solo female traveller from Yorkshire, England. An aspiring writer and designer, she quit her job in digital communications last year and is currently travelling around Asia taking photographs, eating her body weight in fried stuff and noodle soup, and writing about her adventures on her blog the Wayfarer Diaries.

Subscribe to the free — and inspiring! — e-newsletter that inspires you to live your travel dreams.