WE TURNED THE CORNER on a side street in Ottawa, and boom, there they were, in all their High Victorian Gothic glory, embellished by gargoyles and grotesques, topped by green-tinged copper and intricate spires, every stone of Canada’s Parliament Buildings inspiring awe and patriotism. I watched my friend Ajay stand quietly before them. Originally from India, Ajay became a Canadian citizen only a year ago, and he was seeing Ottawa and the Parliament Buildings for the first time.

Ottawa is Canada’s capital, a small city of about one million people that spreads out from the scenic place where three rivers meet. This is the political heart of Canada, a storied area with sweeping views, steeped in history, and the perfect place to begin travels in Canada.

Ottawa is beautiful, the best of Canada is here.”

Ajay and I spent about three days exploring Ottawa, and learning about the history of the country and some of the many attractions this city has to offer. “Ottawa is beautiful, the best of Canada is here,” he said. Here’s our personal guide to exploring Ottawa for tourists, newcomers, first time visitors and new Canadians.

Parliament Hill is a great place to start your Ottawa tour. That’s what we did. We walked around the entire hill, on the promenade that runs along the Ottawa River shoreline. You get great views of the Parliament Buildings from below and the Canadian Museum of History across the river. Eventually you get to the mouth of the Rideau Canal, where it meets the river. It’s a scenic spot bordered on one side by the majestic Fairmont Chateau Laurier Hotel and on the other by the modest, but very interesting, ByTown Museum.

After our walk around the back of the Parliament Buildings, we walked to the front, and stood near the Centennial Flame. In front of us was Centre Block, with East and West Blocks on either side. It’s a very grand site, massive Victorian Gothic buildings flanking a huge expanse of lawn.

The House of Commons, Senate, Library of Parliament, Peace Tower and Memorial Chamber are in the Centre Block, and this is what most tourists come to see. The Parliament Buildings offer free guided tours of the Centre Block and the East Block, on a first come, first served basis. You can learn more by visiting the Parliament of Canada website’s Visitor Information page.

We loved the tour. Our tour guide Andrew was very friendly and informative and he told many compelling stories. A highlight was walking into the eye-popping Library of Parliament. This gorgeous building was saved from the fire that ravaged the Centre Block in 1916 because the librarian had the smarts to shut the heavy iron doors. It houses more than half a million books and documents for use by senators and members of Parliament.

Another highlight is the War Paintings in the Senate Chamber. I was particularly moved by a painting from the Battle of Ypres because my grandfather was there as a Canadian soldier. Ajay loved going up to the top of the Peace Tower, which offers 360 degree views of the Ottawa region. The final stop was the Memorial Chamber, another moving moment, as this sunny, uplifting room, the colours of heaven, contains the names of all Canadian soldiers who fell in battle. The word Ypres is inscribed in this room, and I had a silent thoughtful moment remembering my grandfather again.

From the outset, Parliament Hill was designed not just as a workplace for parliamentarians, but also as a place where everyone could come to meet, talk or just relax in a beautiful outdoor setting.”

The next morning, we went back to Parliament Hill to witness the Changing of the Guard ceremony. Visitors to Canada might be surprised to see our take on this British custom, with dozens of guards in scarlet tunics and bear fur hats (it takes an entire bear skin to make one hat!) marching on the lawns of Parliament Hill. This colourful ceremony takes place every day at 10 am from the beginning of June through to the end of August. It’s a fun way thing to watch before touring the buildings.

One of the reasons Ottawa is such a beautiful and scenic city is its location on the mighty Ottawa River. On our second evening in Ottawa, we took a boat ride at dusk on the Ottawa River and loved the cool breeze (it was a very hot day!), the beautiful views of the sunset and also all the landmarks we passed. Ajay and I were impressed with the young woman who was providing a guided narration as we boated along.

We passed the Parliament Buildings, the Supreme Court, the Museum of History, the National Gallery of Canada, the Royal Canadian Mint, the Prime Minister’s residence, Rideau Falls and many more places of interest, and learned a lot of interesting facts and stories about each. After disembarking, we walked along the Rideau Canal and enjoyed the early evening lights shimmering on the water and lighting up many impressive buildings, like the Fairmont Chateau Laurier — designed to look like a French chateau.

We spent much of our three days in Ottawa walking along bike trails and pathways, and in lively urban areas like the Sparks Street pedestrian mall and the ByWard Market. The ByWard Market is Ottawa’s oldest neighbourhood and has housed an open-air market since the 1840s. It’s a very fun part of town, one of the best places to find a wide variety of restaurants, shops and food stalls.

In fact, we even went on a walking tour. Last time I was in Ottawa, I went on an Irish heritage walking tour, as I was researching my Irish ancestral roots at the time. This time, we went on an Indigenous Walks tour. We met our guide Christine at the Human Rights Monument and walked through downtown Ottawa, stopping at points of interest while she told us about the history, culture and characters that helped shape Canada from an Indigenous perspective. It was an entertaining and fascinating tour, and I especially loved the art and sculptures we saw.

The tour ended near the National Gallery of Canada, and we escaped from the searing heat (I was almost hotter in Ottawa then I have ever been in India!) to visit this monumental building, which houses the finest collection of Canadian art in the country. It’s interesting to walk through the Canadian rooms, which are arranged chronologically, and watch the art change from a European style to very uniquely Canadian imagery when the Group of Seven burst onto the scene in the 1920s. Make sure you spend some time in the Group of Seven rooms and look out for paintings by their contemporaries Tom Thomson and Emily Carr. Canada’s most iconic painting, The Jack Pine by Tom Thomson is here.

After walking through many of the galleries, we relaxed with a pot of tea in the Cafe in the Great Hall, under the towering glass cupolas. The sweeping views of Parliament Hill, the Ottawa River and Nepean Point made for a great way to end our tour of Ottawa.

Thanks so much to VIA Rail, Ottawa Tourism and Marriott Hotels for hosting us and taking care of us during our stay. We loved taking the train from Toronto to Ottawa. It’s comfortable and convenient, with WiFi on board, and the selection of foods and beverages in business class was impressive. We felt pampered the entire journey, which is about 4 or 5 hours each way.

We also loved staying at the Marriott Hotel on Kent Street. You simply cannot beat the location, on Sparks Street, and near the Supreme Court of Canada and Parliament Hill. The Marriott makes the perfect base for exploring Ottawa because of the location and also because the hotel has such helpful staff and excellent amenities. Here are the top 5 things I loved about my room at the Marriott:

♠ Ottawa is located in Eastern Ontario, and was originally a thriving lumber town thanks to its location at the confluence of three rivers: the Ottawa, Rideau and Gatineau.

♠ About 20 per cent of the city is French speaking, and English and French idioms are often mixed up (resulting in something like Hinglish in India).

♠ The Rideau Canal was named a UNESCO world heritage site in 2007. In winter, it becomes the world’s largest naturally frozen skating rink at 7.8 kilometres.

♠ Beavertails are a local specialty, fried dough pastry that’s hand-stretched to resemble a beaver tail. They are particularly filling and warming while skating on the Rideau Canal.

♠  Ottawa’s Royal Canadian Mint manufactures the purest gold in the world — 99.999 per cent pure. Visitors to the Mint can watch money in the making and see $1 million in gold up close.

Vanessa Chiasson is an Ottawa based travel writer whose work can be seen at TurnipseedTravel.com. She says the best coffee in town is the vanilla lattes at Planet Coffee, located down a hidden alley in Ottawa’s Byward Market.

Doreen Pendgracs is a travel writer who has been immersed in the world of fine chocolate for the past six years. Follow her chocolate travels at Chocolatour. Doreen’s favourite thing about Ottawa is the magnificent collection of historical buildings and the contemporary vibe of the city.

Margarita Ibbott blogs at DownshiftingPRO about her family, her life and her travels. Since her daughter attends University of Ottawa, this beautiful city has become a favourite haunt. Her suggestion to understanding law & politics in Canada: visit the Supreme Court of Canada and Parliament Hill. 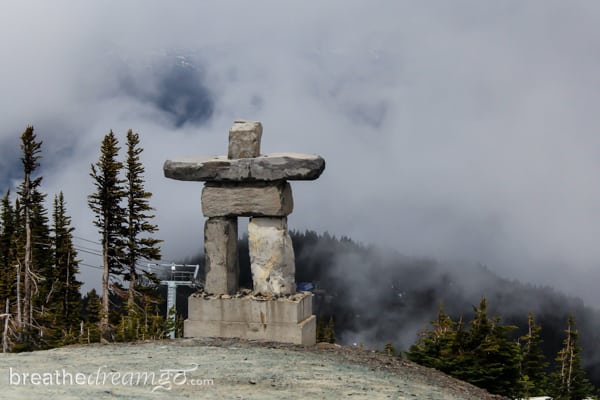