There was a moment during acclaimed Indo-Canadian director Deepa Mehta’s talk recently at the University of Toronto — about the making of her new film Midnight’s Children — when I felt the jolt of inspiration. It came near the end. Someone asked if “it’s easier to break into film today, or when you got started.” Deepa replied very thoughtfully in a deeply felt, lyrical voice: “I think it’s really difficult making films. The challenge has not diminished or increased. Whenever you want to write a book, whenever you want to make a film, whenever you want to make a painting — whenever you do something that isn’t about going to an office, whenever your future is not secured by a paycheque, it’s a risky thing. Whenever you take a risk it’s going to be tough.”

Pause. “But the payoffs are enormous. You get to experience your work many times over. Making films teaches me a lot about myself, my neighbours, my country the world. It’s tough, but it’s fulfilling.” Her courage as a creative person really shone, like a beacon, for the other creative people in the room (myself included), who are trying to do something.

Deepa Mehta (who directed the trilogy Fire, Earth, and Water) was speaking to a packed house of film students and admirers at Innis College Town Hall, University of Toronto, during the editing phase of making Midnight’s Children. She generously answered questions and showed about 11 minutes of Midnight’s Children to us. We were only the second audience to see scenes from the film, based on the Booker Prize-winning novel by author Salman Rushdie. The film, shot in Sri Lanka, looks lush, emotional, character-driven. I was taken by Satya Bhabha, the charismatic actor who plays Saleem as a young man, and I’m looking forward to seeing it when it opens next year.

The agony and the ecstasy of creativity

It was interesting to watch Deepa Mehta warm up to the audience during the Q&A, and as she did, the goodwill flowed freely in both directions. She was forthcoming, honest and direct, and though her answers were characterized by brevity, they also showed quick intelligence and considered thoughtfulness. The evening was moderated by Professor Charlie Keil, Director of Innis College’s Cinema Studies Institute.

The evening began with Charlie Keil asking her about the making of the film — and about how the project started when Deepa suggested it to author Salman Rushdie, and he said, “done.”

“It was pretty scary,” she said, “because I have the responsibility of turning the Booker of Bookers into a film. But the reason I said yes is because I love the novel. The scope of it is completely cinematic, it’s also Salman’s love letter to India, which is the country of my birth. I understand it, I feel it.”

Deepa insisted that Salman write the screenplay, though it originally came in at three times the length of a typical film script, and talked about the scope of the film, which covers 60 years of Indian history, and the project — by far the biggest she had ever made.

“Two months before shooting, I joined the JCC [fitness centre]. It is like a marathon, you have to prepare physically. It is so important to be in good shape.” About being mentally prepared to shoot she said, “I feel I have to be opened to the unexpected moments, because that’s when the magic in films happen.”

The shoot was arduous — 69 days long, the average temperature was 42 C. and there were 64 locations — but it seemed to be a good experience. “Every day was a small miracle. I never felt so alive. Every day I would wake up and say, thank you JCC!”

On India, audiences and exploration

On her relationship to India she said, “I say very often that the great thing about being a Canadian is that I can be where and who I am, which is an Indian. I was brought up in India, I went to school there, there’s a very strong relationship there. My family is still in India, I love India, it’s home. Just the way Canada is home. We can access two very distinct cultures, the culture that we came from and the culture that we’re part of. It’s cool being Canadian.”

After Professor Keil interviewed Deepa, he opened the floor to questions. I asked whether she makes films with an audience in mind, especially given that her films appeal to both western, Indian and diaspora audiences. “I try not to think too much about who my audience is, though sometimes I do,” she said. “I really just hope they’re intelligent. It isn’t about culture, it isn’t about colour.”

I found her attitude towards film making inspirational. When she was asked about her choice of subjects, and whether she creates films that make political statements, she said: “What attracts me generally to films is … they’re always about a subject I want to know more about. Or a subject that intrigues me. For me, making films is about exploration. Everything is about growth. Films take two to three years. If I’m going to spend that kind of time, and energy, I better do it about something that I’m not only passionate about, but something that I’m learning about in the process. It’s not about ‘let me do this subject because it’s a political victory or it’s going to get my effigy burnt.’ When you make a film, you want people to see it. You don’t think, ‘I’m going to make it controversial.’ It’s not about that, it’s about personal fulfillment.”

I asked her both the first and last questions of the evening, as it turned out. My last question was, what did you learn from making Midnight’s Children. And her answer was both surprising and, ultimately, very profound: “I learned the importance of the gym!” Deepa said, to laughter and applause. “What I learned, in a strange way, was the importance of being fit, being alert and … always be passionate.”

I left the talk feeling very inspired. When someone asked her about the theme of the film she said, “You can be like the phoenix and rise out of the ashes. Change is the only constant.” And about the message she said, “there’s always hope. It’s about how important hope is.” Plus, I liked that afterwards, she told me I ask good questions.

For more on Deepa Mehta and Midnight’s Children, read the interview on the U of T news site.

Midnight’s Children is a must-read. It not only won the Booker Prize, it won the Booker of the Bookers — the best book ever to win the Booker Prize in the award’s 25 year history. As Deepa Mehta mentioned several times during the talk, it is a book of epic scope, covering 60 years of Indian history including the deeply traumatic partition and the birth of modern India. It is also deeply humorous, marvelously inventive and completely unique. 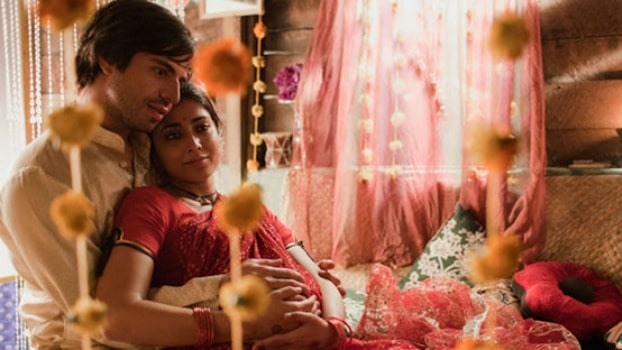