You are here: Home / India / Indian cinema shines at TIFF 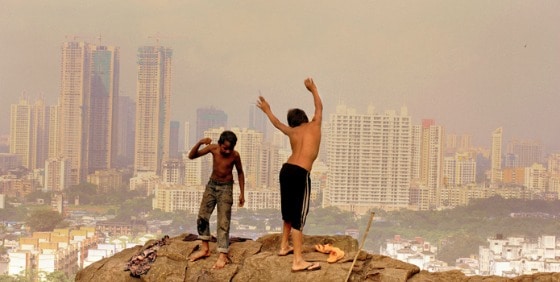 Arbaaz and Rahul in a scene from Mumbai Cha Raja.

Okay, I admit it: I like Bollywood films. I like the improbable plots, the interminable song-and-dance numbers, the corny acting and the handsome men and beautiful women. I just soak it up! But I also have a discerning eye for more “serious” cinema and I appreciate a well-made, thoughtful film. This year at the Toronto International Film Festival (TIFF), about a dozen “non-Bollywood” films were featured and I saw many of them. It was a whirlwind TIFF, and I came away with a new appreciation of Indian cinema. Here’s my wrap-up.

This year at TIFF, 10 films from Mumbai were featured as part of the City to City program; and several other Indian films or co-productions were also featured. I watched six films altogether, interviewed four film directors, attended the Mumbai City to City press conference and party and interviewed the stars of Midnight’s Children on the red carpet. 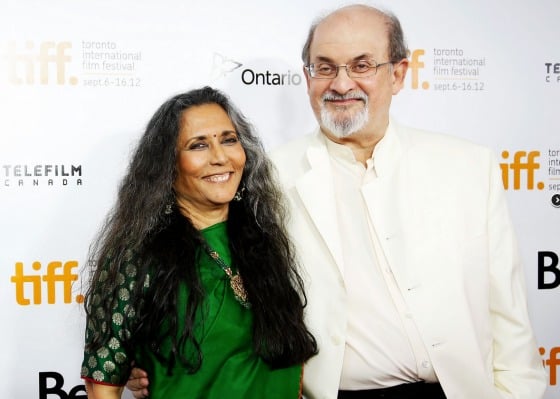 In previous blogs I reviewed Midnight’s Children (directed by Deepa Mehta and written by Salman Rushdie) and The Bright Day (directed by Mohit Takalkar). In an upcoming blog, I will publish a video interview with Salman Rushdie. Following are reviews of the other four films I saw, in order of preference. Note: You might find this feature, (from Canada’s national newspaper, The Globe and Mail) about some of these filmmakers as they were getting ready to leave for TIFF quite interesting Can non-Bollywood Indian indie films thrive at TIFF?

This film relates three stories about people in Mumbai who have received an organ donation from a young man who died in an accident. Of all the City to City films, this one seemed to generate the most buzz and it was well-reviewed — in spite of not being a commercial or mainstream type of film. Ponderous at times due to long, abstract philosophical discussions, Ship of Theseus is challenging to watch, and pays off at the end.

I liked the film, especially the last story about a stockbroker (played with conviction by Sohum Shah) who gains a social conscience; and thoroughly enjoyed my interview with Anand Gandhi, who is thoughtful and exuberant, a very likable combination. Of all the Indian filmmakers in Toronto for TIFF, Anand seems to me to be the most aware of the world as a global market; and he seems the most internationally inclined.

At the City to City press conference, I asked the panel of filmmakers about whether they think or care about the international audience for their films, and Anand was the only one to address the question. “The cultural context is in Indian films, but film can transcend cultural boundaries,” Anand said. “The boundary between east and west is more blurred than ever.”

In our one-on-one conversation, Anand said that he was inspired by artists in the west and cited Canadian songwriter / poet Leonard Cohen as an influence, and we also talked about Joseph Campbell, and the idea of a global myth. Anand told me he wants his films to be life-changing, and he aspires to create global myths. He would like to, “make a film that is the synthesis if all ideas in the world.”

While I loved the ideas explored in Ship of Theseus, and the sensitive acting and directing, I don’t think it will find a large audience. Like Anand Gandhi, though, I am very grateful to Cameron Bailey for choosing this film for the City to City program, and I predict a very big future for this talented and very likable filmmaker. When he learns to combine his thoughtfulness with brevity, he is going to be a world-shaking filmmaker. 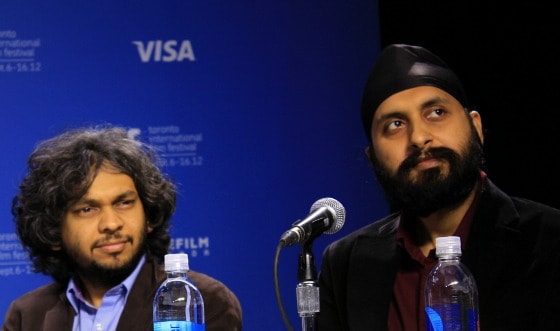 Mumbai Cha Raja is about two boys in a Mumbai slum who befriend each other to help deal with the turbulence of life. This is not Slumdog Millionaire. It’s raw, emotional, disturbing, life-affirming and painted in garish tones. I was very impressed with the gritty reality of the film and the natural talent of the actors, most of whom are unprofessional.

When I spoke to first-time director Manjeet Singh, I learned that he knew Arbaaz, the balloon seller, in real life. The relationship between Arbaaz and his friend Rahul is the emotional heart of the film, and it’s very moving to watch how they stick together and support each other in very trying conditions. They definitely pulled at my heart-strings; I found I very naturally came to care for them. It is a testament to Manjeet Singh’s direction that this film never felt sensationalistic, manipulative or maudlin. He “tells it like it is,” but at the same time, captures the humanity and the hope that prevails, even in the slums of Mumbai.

Check out this article by Manjeet Singh on Dear Cinema about what he learned while making Mumbai Cha Raja. The story behind the casting of the actors is fascinating.

The Tortoise, An Incarnation, directed by Girish Kasaravalli.

The Tortoise, like Ship of Theseus, is also a ponderous, slow film; and like Ship of Theseus will definitely appeal to a limited market. But while Ship of Theseus is more universal / global in scope; The Tortoise is a film that is squarely about India. If you are Indian and/or have an interest in modern Indian history and especially the charismatic figure that inspires this film from first to last, Mahatma Gandhi, you will enjoy it.

Girish Kasaravalli was one of the most experienced and accomplished Indian filmmakers at TIFF, so you can expect careful attention to detail and originality — and you will get it. I have never seen a film like this one, about a dedicated civil service employee who gets persuaded to play Mahatma Gandhi in a televised serial because of his resemblance to the famous freedom fighter; and who comes to fully inhabit the role. It is an interesting and sometimes surprising character study — both of the civil servant and of Gandhi. 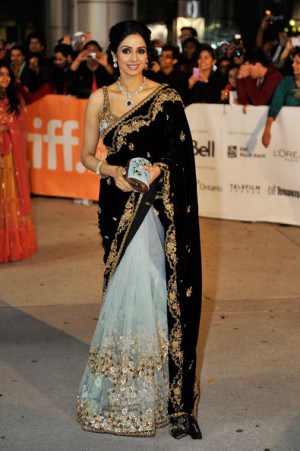 Of all the Indian films at TIFF, English Vinglish is by far the most commercial. It’s the story of an Indian housewife who can’t speak English, and whose traditional values and domestic skills are derided by her family.

Played by the incandescent Sridevi — who is making a comeback after a 15-year absence from acting — only her character transformation saves this film from being a gooey mess. Sridevi shines, like a lotus blossom, above a very mediocre script, uninspired direction and some cringe-worthy characterizations. But, it’s a feel good movie with a heartfelt ending … and honestly, it’s s delight to watch this beautiful woman, who seems lit from within.

« On the sixth day: India
The Emirates interview »