Differences between India and Nepal travellers need to know

This guest post is by writer, editor, Indiaphile and India traveller Elen Turner, who moved from Australia to Nepal sight unseen to start a new job. Here’s what she discovered, and her tips for first time travellers to Nepal.

I ARRIVED IN KATHMANDU for the first time in the middle of the monsoon. The rain lashed the airplane’s windows as we descended into the grey clouds, eliminating any hope of the famous Himalayan views I’d been told to expect. Instead, my first glimpse of my new home was of the hills of the Kathmandu Valley, bright green and lush, and haphazard brick structures crammed together, fighting for space.

At Tribhuvan Airport I clambered into a beat-up taxi that felt, to me, as if it belonged more in sub-Saharan Africa than the South Asia I knew from my previous visits to India. The ring-road to Patan, where I would be living, was muddy, pot-holed and extremely congested. As we crossed the Bagmati River, we encountered a group of military police, clad in blue camouflage and combat boots, breaking up an altercation. We passed one United Nations office after another, many international NGOs, and shared the road with numerous UN and USAID jeeps.

All of this was a surprise to me.

While Kathmandu was to become my home for the next year, I’d never been there before. My friends and family in Australia knew better than to ask why I would drop everything and move to a country to which I’d never been. I didn’t even stop to ask myself that question. I knew India, and how different could Nepal, its land-locked northern neighbour, be?

Read more about this fascinating city in Guide to Best Places to Visit in Kathmandu.

Very. I felt it immediately.

Nepal felt unrecognizable. I knew better than to expect a mountain Shangri-la, but I had expected something much more familiar, more like India. Much of the difference between the countries comes down to the fact that Nepal is extremely poor, and is classified as a ‘least developed nation.’ India does a poor job of equitably distributing its wealth, but it does have a lot of wealth and resources.

Here are the differences between India and Nepal that you need to know before visiting.

Unless you visit during monsoon, which isn’t advisable, Kathmandu suffers from crippling power shortages of the sort that apparently used to be common throughout India, but are not any longer. The hydro dams that produce electricity are low outside of the monsoon months, meaning that scheduled power in the middle of winter can be as little as two hours per day. At other times of the year, this can rise to 8-12 hours per day.

If you’re staying in a hotel in Kathmandu or Pokhara, you’re likely to be supplied with sufficient power from a back-up generator. Be aware that most Nepalis do not have this luxury.

2. If you’re a woman, your experience will be much easier in Nepal

While I’m a staunch supporter of women’s travel in India, the truth is that travelling in Nepal is much more comfortable, most of the time.

In general, Nepalis are a very laid-back people who don’t invade one’s personal space, male or female. Nepali men are not prone to staring or making audible or muttered comments to foreign women. There is less likelihood that a casual chat with a man on a bus or elsewhere in public will be misinterpreted, thus making it easier for foreign women to have genuine, interesting and harmless conversations with Nepali men. It’s still a good idea to dress modestly, but Nepali women—especially the young, in Kathmandu—often show more skin and wear tighter jeans and t-shirts than is common in India. Although still a very patriarchal and male-dominated society, Nepal does not have the same unwritten prohibitions against women in certain parts of the public sphere that India does. If, as a woman, you stumble into a down-market restaurant that’s patronised by men, you shouldn’t feel intimidated.

At first, I thought that these more relaxed gender codes were a mountains-plains divide, as it is often said that travelling in India’s mountainous areas is ‘easier’ as a woman. However, I visited Janakpur, a city on Nepal’s plains, very near the border with Bihar, and I found the atmosphere there very comfortable. Despite looking like a very poor, dusty, flat Uttar Pradeshi or Bihari town, in Janakpur I wandered freely, alone, without even a sideways glance.

Although the majority of Nepalis are Hindu, most are not vegetarian. As one myself, I love travelling in India as it’s one of the few places in the world where I’m spoilt for choice when I pick up a menu. The same doesn’t always apply in Nepal, where chicken and buffalo are very popular. But it’s still easy to get by, as veg curries and momos are available almost everywhere, even deep in the mountains.

In some respects, such as the network of trekkers’ lodges throughout the mountains, Nepal’s tourism infrastructure is good. In most others, it really is not. The quality of the roads in Kathmandu is extremely poor, as they are in much of the rest of the country. Local buses are old, over-crowded and slow, although very cheap. Faster tourist buses only run along a couple of routes, namely, between Kathmandu and Pokhara. There are practically no railways in Nepal apart from a short strip in the Terai that connects with India, and domestic flights, although frequent and cheap, are often cancelled due to bad weather in the mountains.

Nepal is a very poor, very mountainous country, so this poor infrastructure is entirely understandable. But it does mean that when visiting Nepal, it’s not a good idea to try to do too much, too quickly.

TIP: Read this Essential Travel Guide to Pokhara for tips on this charming city.

5. It’s not OK to lose your temper

Sometimes, in India, stomping your foot and raising your voice is the only way to get what you want, or be treated the way you should be. In Nepal, this doesn’t fly. In this respect, Nepalis are temperamentally more similar to their East Asian neighbours, where losing one’s temper in public is considered an embarrassment, and the quickest way to alienate people. (Of course, this doesn’t apply to politics, which is governed by its own set of rules and non-rules!)

6. The permeation of Buddhism

Although more than 80% of Nepalis are Hindus, Buddhism is a very visible part of Nepal’s cultural landscape. Lumbini, on Nepal’s plains, is said to be the birthplace of Gautama Siddhartha Buddha, and the country has several ancient Buddhist pilgrimage sites. In Kathmandu, there are numerous Buddhist stupas, adorned with the elegant, languorous and ever-watchful eyes of Buddha. Fluttering, primary-coloured Tibetan prayer flags are a common sight. The native people of the Kathmandu Valley, the Newars, practice a form of Buddhism that has been strongly influenced by Hinduism. Tibetan Buddhism is visible throughout the high Himalaya, which is inhabited by ethnic groups related to Tibet, and also in Kathmandu, with its significant population of Tibetan refugees.

I shouldn’t have been surprised by all these differences, but because Nepal rarely features in international news (before the earthquake this year), it’s too easy to assume that it is just a more mountainous version of India. Nepal is fascinating and unique, and has as many reasons to return again and again as its larger, harder-to-overlook southern neighbour.

Elen Turner is a New York state based editor and writer who has led previous lives in Nepal, Australia, Japan, New Zealand, the Czech Republic, Sierra Leone and the UK. She has a PhD from the Australian National University on India’s contemporary feminist publishing industry and works with Kathmandu-based Himal Southasian magazine. She blogs at Wilderness, Metropolis.

TRAVEL TIP: Find out everything you need to know about Travel Vaccinations here. 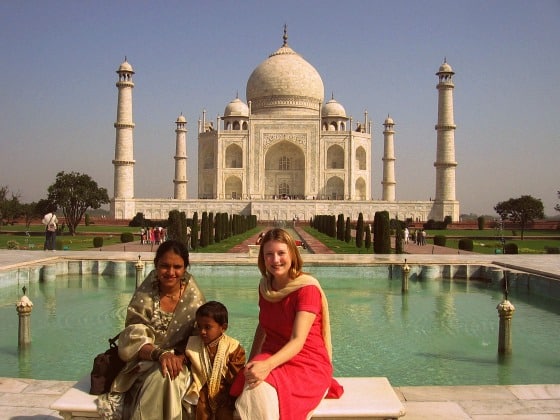 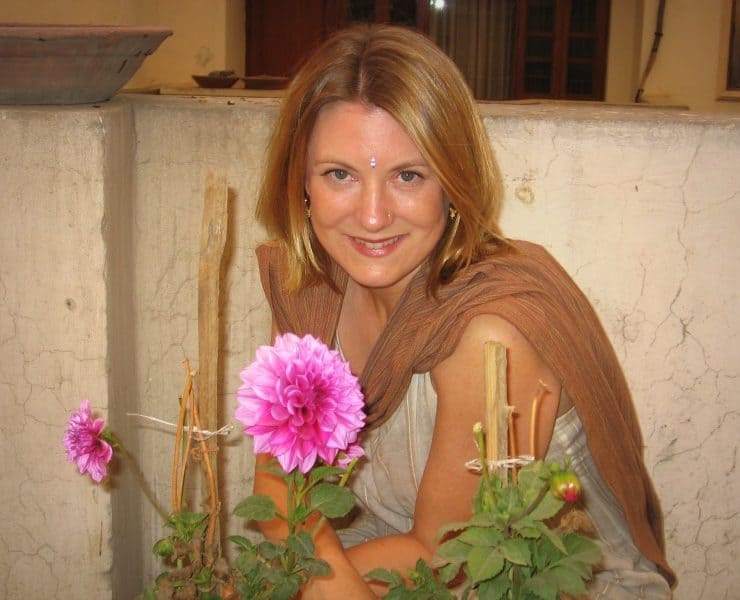 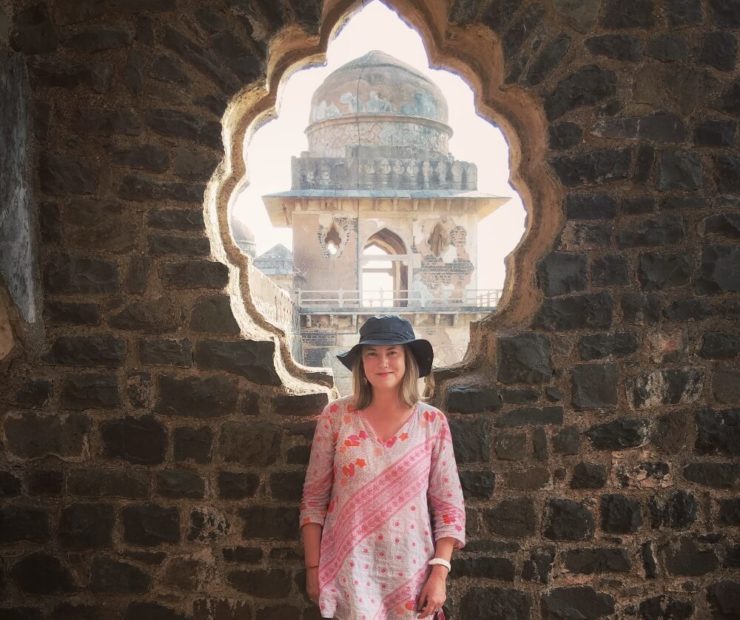 This website uses cookies to improve your experience while you navigate through the website. Out of these, the cookies that are categorized as necessary are stored on your browser as they are essential for the working of basic functionalities of the website. We also use third-party cookies that help us analyze and understand how you use this website. These cookies will be stored in your browser only with your consent. You also have the option to opt-out of these cookies. But opting out of some of these cookies may affect your browsing experience.
Necessary Always Enabled
Necessary cookies are absolutely essential for the website to function properly. This category only includes cookies that ensures basic functionalities and security features of the website. These cookies do not store any personal information.
Non-necessary
Any cookies that may not be particularly necessary for the website to function and is used specifically to collect user personal data via analytics, ads, other embedded contents are termed as non-necessary cookies. It is mandatory to procure user consent prior to running these cookies on your website.
SAVE & ACCEPT
8 shares
8 shares