Monsoon rains flood Uttarakhand — the Devbhoomi, land of the gods.

Sacred Uttarakhand in North India is home to soaring Himalayan peaks; the source of India’s most sacred river, the Ganga (Ganges); a major pilgrimage circuit (Char Dham); and hundreds of ashrams, temples, communities and national parks  — as well as my spiritual home, Aurovalley Ashram. The state was ravaged by torrential monsoon rains in mid-June that have swept thousands of people, buildings and bridges away.

My heart goes out to all of the people who have suffered because of this tragedy. I have spent months in this region — at Aurovalley Ashram and at the sacred cities of Rishikesh and Haridwar — and part of me lives there always. I have felt Shiva’s energy in the morning winds that howl down the valley in winter. In summer, I have dipped in the cool, green waters of Ganga as she emerges from her glacial source. I have meditated on the banks of the holy river, and gazed in the distance at mist covered Shivalik mountains. And I have walked alongside Ganga at dawn, to go the world’s largest spiritual gathering, the Kumbh Mela. This is why I care, and why I am personally concerned.

The light and dark of destruction

In Indian mythology, the Himalayan mountain range is the Abode of Shiva, the home of the Hindu god of destruction — but destruction in this sense is meant as a positive force. Shiva’s energy destroys the old, unnecessary, outmoded, unconscious; he is the transformer. Lord Shiva is one of Hinduism’s great figures, one of the Trimurti (along with Brahma and Vishnu). It was through Shiva’s locks that Ganga descended to earth — ironically to protect mankind from being deluged.

Uttarakhand, and especially the Garwhal region through which the Ganga flows, is one of the most sacred in India. Along its banks seers and sages have gathered since time immemorial to chant invocations to the gods and meditate on the nature of being. The Ganga tumbles from its mountainous source at Rishikesh, which virtually means “land of rishis” (sages), before heading toward the great plains. Rishikesh is one of my favourite places in India, and I have written about it often. It is an extremely picturesque spot, filled with deeply peaceful, sonorous energy. Though seekers have been drawn to Rishkesh since ancient times, it sprang to prominence in the west when the Beatles visited 45 years ago. Rishikesh is often called the yoga capital of the world, as it is chock-full of ashrams, yoga courses, teachers, gurus, sadhus, temples and students from all over the world.

About 30 kilometres down the river from Rishikesh is the city of Haridwar, one of seven sacred cities of India, according to Hindu belief. The other six are all in south India. Haridwar is also Shiva’s city, and an important pilgrimage centre. I have been to Haridwar often, usually to see the evening aarti that honours Ganga. In between these two centres, off the highway and surrounded by meadows, is Aurovalley Ashram, which has been my spiritual home since I first visited seven years ago last month.

North of this region, way up in the mountains, are the four Char Dham pilgrimage centres that mark the various sources of the Ganga: Gangotri, Kedarnath, Yamunotri and Badrinath. Also upriver is Uttarakashi. Many of these places were deluged by the torrential waters, and may take years to recover — which will be a blow to the pilgrimage tourism industry of Uttarakhand.

Man’s role in the Uttarakhand tragedy

The Ganga is the mother river of India, the country’s life blood. Virtually one in 10 people on the planet depend on the Ganga for livelihood. She flows 2,525 kilometres, from her source in the mountains of Uttarakhand to the Bay of Bengal. Considering the importance of this river, the sacredness of her source region and the size of the pilgrimage tourism business in Uttarakhand, you would think sustainable development would be paramount. You would be wrong.

The hand of man played a large part in the tragedy that has befallen Uttarakhand. Mining, deforestation, and pilgrimage tourism have contributed to defacing the state’s natural ecosystem, which would have slowed and contained the monsoon-swollen rivers. It is ironic that a region that is deemed to be one of the most sacred is also one of the most devastated.

A wake up call to stop rape of Himalaya

It’s also ironic that one of the world’s leading environmental activists, Dr. Vandana Shiva, is from Uttarakhand. Her ecological centre, Navdanya, is in Dehradun, near Rishikesh. Dr. Shiva, who was educated in Canada, recently wrote an unequivocal blog titled: The Uttarakhand Disaster: A wake up call to stop the rape of our fragile Himalaya. In the blog, she wrote:

“The sources of the Ganga, which is the lifeline of India, were made sacred sites in order to protect the Ganga Himalaya, and hence India. The ecologically fragile Himalaya , and our sacred rivers are being raped . The disaster which has led to 5,000 deaths on current estimates and the disappearance of nearly 100,000 people is a wake up call to stop the rape. We need to learn once again to have reverence for our mountains and rivers are sacred. We need to be informed by the latest of ecological sciences, not by an obsolete “development” model which is nothing more than an exploitation model which has led to the tragic disaster in Uttarakhand. The disaster is clearly manmade, not a natural disaster, and politicians, decision makers, businesses need to take responsibility for the disaster their actions and policies have caused.”

Many others on the internet were also blaming business and government for the disaster, including Travel and Tour World, who called for a sustainable tourism model: “What one cannot understand is how so many pilgrims — about 28 million  — were allowed to visit the state during this season, where the population is not even half of that amount. The state was determined to extract the maximum out of tourism and therefore hurriedly built its infrastructure to try and accommodate the huge tourist rush.”

A yogi who lives in Rishikesh on the banks of the Ganga — Sadhvi Bhagawati of the popular ashram Parmarth Niketan — wrote about the tragedy for the Times of India’s Speaking Tree. “Year after year, Ma Ganga had tried to warn us; year after year breaking bridges, overflowing banks, demolishing buildings, roads and lives. Voiceless, she had used every means in her hands to make us understand. Yet, blinded by our own agenda, foolish in our wisdomless knowledge, reckless and deluded, we ignored her message — again and again.

That which we sow, so shall we reap. If we sow unchecked and illegal construction, vision-less development, deceptive politics and pockets lined with commissions — if we sow consumerism as the highest good, we shall reap the fruits of destruction and devastation.”

I have long wanted to do the Char Dham pilgrimage into the Shivalik mountains of Devbhoomi — Uttarakhand — and now Kedarnath and Badrinath are likely to be closed for two or even three years. It is obviously time for policy makers to curtail growth and take a much more eco-conscious approach to tourism and resource development, in Uttarakhnand and elsewhere. This is why I joined EcoAdventure Media. I hope to help promote responsible travel and sustainable tourism. I just hope people will finally  wake up to the need to protect our fragile planet.

It is about time we started to treat the sacred earth as sacred. 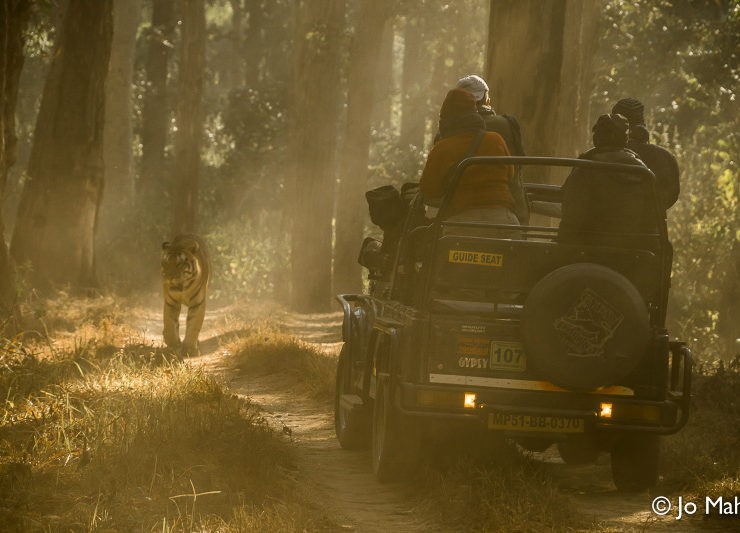 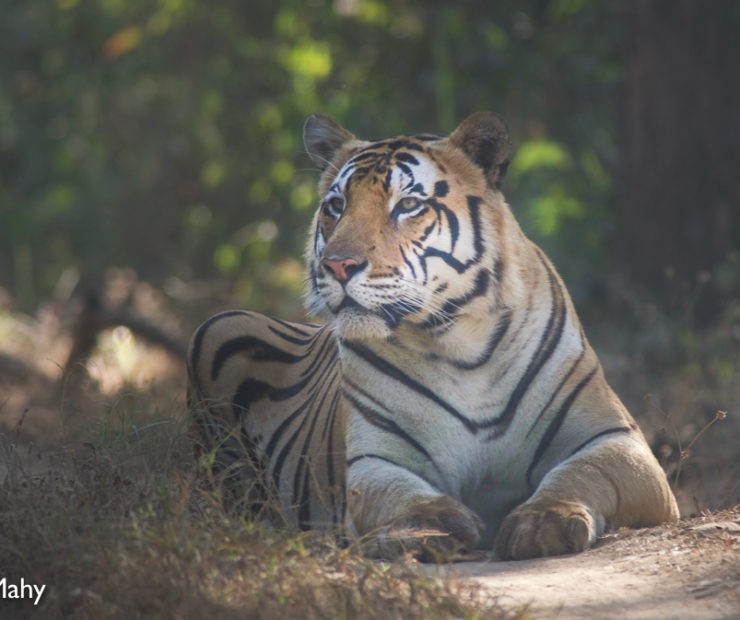 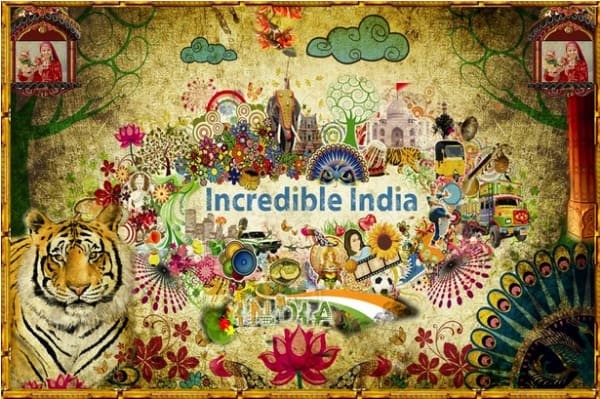 This website uses cookies to improve your experience while you navigate through the website. Out of these, the cookies that are categorized as necessary are stored on your browser as they are essential for the working of basic functionalities of the website. We also use third-party cookies that help us analyze and understand how you use this website. These cookies will be stored in your browser only with your consent. You also have the option to opt-out of these cookies. But opting out of some of these cookies may affect your browsing experience.
Necessary Always Enabled
Necessary cookies are absolutely essential for the website to function properly. This category only includes cookies that ensures basic functionalities and security features of the website. These cookies do not store any personal information.
Non-necessary
Any cookies that may not be particularly necessary for the website to function and is used specifically to collect user personal data via analytics, ads, other embedded contents are termed as non-necessary cookies. It is mandatory to procure user consent prior to running these cookies on your website.
SAVE & ACCEPT
132 shares
132 shares