Life of Pi soundtrack, by Mychael Danna, is one of the stars of the film

I am going to be watching the Oscars (Academy Awards) with special interest this weekend for two reasons: Life of Pi is up for 11 Oscar awards, leading the race; and my friend Mychael Danna is up for two of them, for Original Score and Original Song, “Pi’s Lullaby” (see video below). Mychael has already won a Golden Globe for the soundtrack to Life of Pi, so he is heavily favoured to win.

Life of Pi is an enchanting film that manages — almost purely through story, visuals and music — to express very profound thoughts about how humans relate to god and to life as sentient beings. I was deeply impressed with the film’s ability to capture the myth-making that artists (and everyone else) use to creatively process traumatic life experiences. I felt I was watching my own life as a creative person unfold on the screen — though of course I have never been trapped in a lifeboat at sea with a Bengal tiger. And the shimmering quality of the visuals and the music evoke the eastern conception of life as essentially energetic, as one whole living consciousness. Incredible. Please read on to find out why I think Life of Pi is such a special film, and other Danna soundtracks you shouldn’t miss.

To say I enjoyed the film Life of Pi is an understatement: I think it’s one of the best films I have ever experienced. Because that’s what you do, you experience Life of Pi, you don’t just watch it. The visuals are astounding and the story is captivating, but for me, the music by Mychael Danna is one of the best things about it. And of course the scenes of India, and the India-inspired music enthralled me — and not just me either. The Indian Ministry of Tourism conferred two special National Tourism Awards on the film: for director Ang Lee and writer Yann Martel (also a Canadian, like Mychael Danna).

The film Life of Pi is obviously based on the book of the same name written by Yann Martel. It was a very successful bestseller and is one of the best new books I have read in a long time. If you enjoyed the film, or have any interest in it, you will love the book, too. You can buy it from Amazon from clicking the image.

The music of Life of Pi shimmers with light. The opening scene especially, with Pi’s Lullaby playing over scenes of a fantastical Garden-of-Eden-like Pondicherry Zoo is completely transporting. I saw the film in a mall in Gurgaon, a desolate suburb south of Delhi, and never wanted to leave the theatre; never wanted to face the reality of a cold, foggy winter day in north India with the sombre spectre of reality hanging over it. Only weeks before, a young woman in Delhi was brutally raped and assaulted, and died of her injuries, and the story was moving through Indian society like a tsunami, especially in Delhi. Like the cold fog, it was casting a pall over the city, and I was escaping from the grimness at the movie theatre. Which is what Life of Pi is about. (Interesting footnote: the young woman who died, Jyoti Singh Pandey, was on her way home from seeing Life of Pi in south Delhi when she was attacked.)

This is me in India: I’m on a long train journey, standing between bogeys, the door is open and the warm breeze is blowing my hair around my face. Outside, scenes of pastoral India flow past. A man drives a bullock cart along a dirt track. Women walk with bundles balanced on their heads. I’m listening to enchanting Indian music on my iPod. Invariably, it’s by Mychael Danna — a Canadian composer of European heritage with an Indian soul. My favourites are the soundtracks Mychael composed for the films Water and Monsoon Wedding, and I have listened to them over and over again.

I have been wanting to write about Mychael on my blog for a long time, and this seems like the right time. As well as being an extremely talented composer who shares with me an uncanny affinity for India, Mychael is also one of my oldest friends: we have known each other since we were teenagers in Burlington, Ontario.

In the years since high school, while Mychael was pursuing his musical career (which you can read more about here on IMDB), he developed a fascination for India, eventually travelling there for the first time in 1992. Over the years, he has returned many times, and has written and recorded Indian music for films such as Kama Sutra, Monsoon Wedding, Water, Cooking with Stella, Heaven on Earth, and Life of Pi. Overall, he has written music for 94 films, including Little Miss Sunshine, The Ice Storm, Vanity Fair, Capote, The Sweet Hereafter, and many more.

I have always known Mychael was going to be a success. I knew by the way his music felt in my ear. And almost nothing has felt better to me than Life of Pi (with the exception of the Water soundtrack). Which is why I knew he was going to win the Golden Globe. Though I thought he would also win for song.

As Breathedreamgo readers know, I also made my way to India, though in my case not until 2005, and developed a parallel fascination for India. It’s an odd, striking thing — that we two European Canadians from the suburbs would feel such an affinity for such a vastly different culture; find a second home in India; and express our connection through art (he through music, and me through writing). It’s definitely one of the most surprising mysteries of my life.

Capturing the magic of India

There is no one like Mychael, to me. No one who can capture the essence of a scene and paint emotion on screen. Mychael’s music, especially his India-inspired music, is deeply emotional yet restrained; romantic and sensual, yet true to the form and style of Indian music. It’s obvious to me he has a special feeling for India. I can always tell when a creator loves India; it comes through in their creations.

“India is a second home to me, a second culture to me, I’m very comfortable with it, and very familiar with it … my impressions of India are that it is a place where anything is possible, except what you expect,” Mychael said in an interview after his Golden Globe win. I feel exactly the same way. To me, Mychael’s music captures and expresses the essence of my Indian experience — the magical, mystical, beguiling, exasperating and ultimately completely and utterly captivating nature of India. Here I highlight my three personal favourite India-inspired soundtracks that Mychael wrote.

Celebration of life: The music for Monsoon Wedding

There is nothing like a big fat Indian wedding, and the rambunctious music Mychael wrote for Monsoon Wedding fits the bill perfectly. I love the whole thing, and play it often; but the scene when the wedding planner hands his heart to Alice, is one of the most charming scenes I have ever seen, and the sensitive, romantic music plays a huge role in the effectiveness of the moment. I cried. (Note: I couldn’t find this scene on YouTube, here’s the trailer.)

Mystical insights: The music for Water

The music for Water evokes the mystical, time-honoured traditions of India, overlaid with the emotional drama of the film and the tension between faith and conscience. I find it haunting, stirring and palpable; it is like an intertwining presence in the film that fleshes out the beauty of the cinematography. The first time I saw this film, at the Toronto International Film Festival, I burst into heaving tears at the climax, when the girl is delivered to safety; and I am sure the music played a large role in my reaction. This is the soundtrack I have listened to the most, by far, especially as I travel in India, and write about India.

The music of our lives

I have known Mychael since he was about 16 years old, and he’s still the same Mychael I knew in high school, except with mastery. Mastery over his art, over his life, over the way he works, and presents himself — as you can see from this clip, below. He exudes a quiet confidence, and so he should. He deserves the Golden Globe, and the Oscar too. And many more. 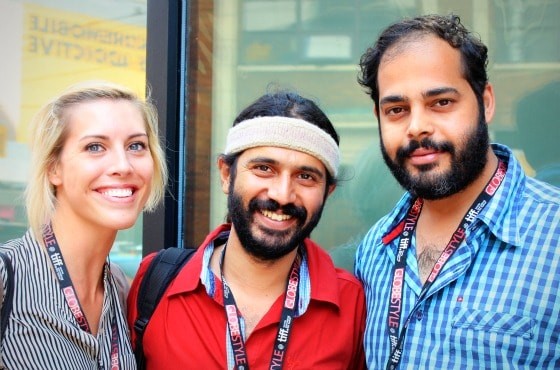 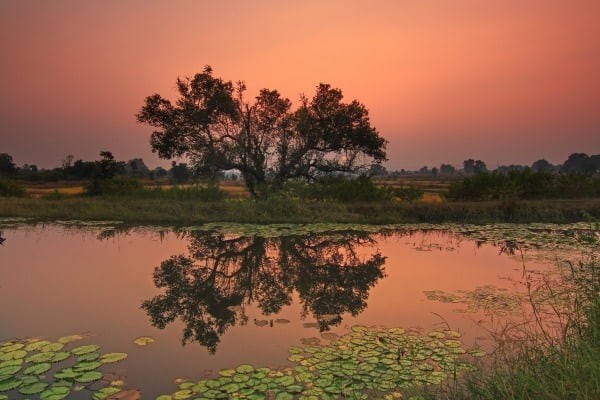