IN INDIA, THEY SAY Namaste, or Namaskar. It’s a greeting, accompanied by hands in prayer mudra, that means “I salute the divine in you.” And it neatly sums up the Indian spiritual philosophy that underlies the culture. In Costa Rica, they use the term Pura Vida as a greeting, an expression, a salutation, an explanation … in fact, it is used liberally, and in just about every way possible, to express the essence of Costa Rican culture. Pura Vida means, literally, pure life and refers to a philosophy of enjoying life and living it to the fullest.

So, when a waiter brings you a tasty plate of ocean-fresh seafood, he might say, “Pura vida!” as he puts it in front of you. Or if you are standing with some Ticos (Costa Ricans) and a particularly beautiful thing happens, like a multi-hued sunset, they might exclaim, “Pura vida!” Or you and your friend might order one Guaro Sour and when two arrives the bartender might shrug and say, “Pura vida,” by way of explanation. 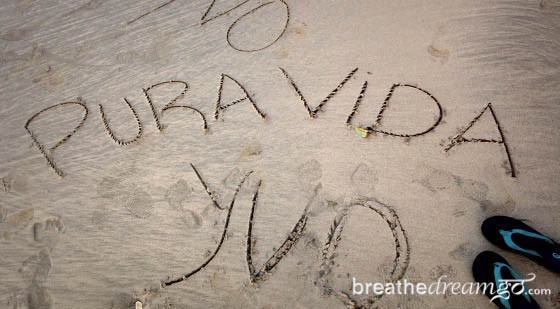 The Pura Vida philosophy puts the enjoyment of life at front and centre, and it’s one of the reasons Costa Rica is such an attractive tourist destination. Well, along with the country’s incredibly rich biodiversity, tropical climate, alluring beaches, stable government, commitment to sustainable tourism and the opportunity for seemingly unending outdoor adventures among some of the most exciting landscapes on the planet including ocean beaches, rain forests, volcanos. and mangrove swamps.

Costa Rica is a small, hilly country in Central America, with Nicaragua to the north and Panama to the south; the Pacific Ocean coastline down one side, and the Caribbean down the other. Despite its size, it still manages to contain 12 life zones, or ecosystems, about 6% of the world’s biodiversity, more varieties of butterfly than Africa, and more bird species than all of North America. The country has been heralded for protecting and managing the environment with a world-leading biodiversity law.

We are at peace with nature. We feel a strong sense of responsibility about looking after our wealth of biodiversity. – Costa Rican ambassador Mario Fernández Silva

Pura Vida is obviously a powerful philosophy that no doubt is helping to inform Costa Rica’s environmental policies. I learned about Pura Vida when I was in Costa Rica with five of my EcoAdventure Media colleagues in early December 2013. We met in San Jose and then each went our separate ways for a week, to follow itineraries based on our interests. You can follow our adventures on Twitter using the hashtag #EcoCostaRica and read our blogs below (at end of this blog post).

My guide Hector, from Costa Rica Tourism, met me at the airport in San Jose when I arrived on November 29, and we were together for the entire week. Hector drove me literally across the country, but first we spent two days in the capital, San Jose, a small city ringed with mountains in the centre of the country. My week-long itinerary included:

I was in Costa Rica before, years ago, and wrote about it in The best day of my life. I arrived knowing that I would have some incredible adventures in a spectacular travel destination. And I did. I will be writing about some of these experiences in more depth, but in the meantime, here are a few of my Top Pura Vida Moments.

1. Hot water bliss. I found Pura Vida soaking in the hot springs of Arenal Kioro at the foot of Arenal Volcano. This volcano erupted spectacularly in July 1968, killing dozens of people and spewing a black streak of lava down one side. While the volcano is not active now, there’s still lots of geothermal activity resulting in natural hot springs and even a hot water river. Arenal Kioro has done an incredible job of containing these waters in man-made stone pools surrounded by lush gardens.

2. Above the clouds. I found Pura Vida when I woke up in Monteverde and went outside to behold the clouds from above! Monteverde is at an elevation of 1,400 metres above sea level, and clouds and mist often swirl around these mountains. As a consequence, it is a perfect place for certain mid-elevation crops, like coffee and cocoa, and for seeing an astounding variety of flora and fauna. But for me, the uplifting feeling of being above the clouds was magical.

3. Birds of a feather. I found Pura Vida during feeding time at The ARA Project, a scarlet macaw breeding centre. These magnificent birds, and their green macaw sisters, were once found all over Costa Rica in plentiful numbers, but now they are on the endangered species list due to destruction of their habitat. The ARA Project is breeding them to release them — and it was pure delight watching all 23 birds they have recently released swoop onto the feeders at feeding time. See the video I shot, below.

4. The fabulous world of nature. I found Pura Vida over and over again as I walled and hiked among the rain forests, dry forests, beaches and parks of Costa Rica. I saw two three-toed sloths, an eyelash pit viper, mountain water falls, too many glorious birds to mention including pelicans, herons, egrets, macaws, parrots and a flamingo, dozens of coatis, many varieties of tiny orchids — and this fella, a stick insect (also known as a walking stick), surprisingly large and almost perfectly camouflaged. A-m-a-z-i-n-g moment. Felt like I was in one of those nature shows on TV. Except in Costa Rica, you can see nature everywhere, you don’t actually have to go to one of the many national parks or wildlife reserves. I saw troops of howler monkey and a sloth just by the side of a road. I saw a band of coatis on the road in the Arenal area racing up to car windows for a hand-out (which is a very bad idea — don’t do it).

5. Explosion of art. I found Pura Vida bobbing in the spectacular infinity pool of the fabulous Punta Islita, which is to be expected — but I was even more blown away when I toured the village, Islita, that the resort supports. Among many other projects, the good people at Punta Islita brought in leading Costa Rican artists to paint the buildings and teach local women new skills. This resort is not only gorgeous, it has it’s heart in the right place. I will be writing more about it.

I was a guest of Visit Costa Rica but of course all views, sentiments and feelings are my own. 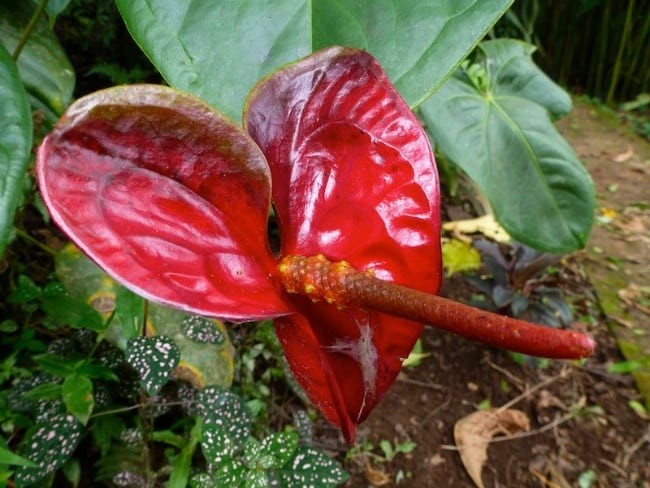 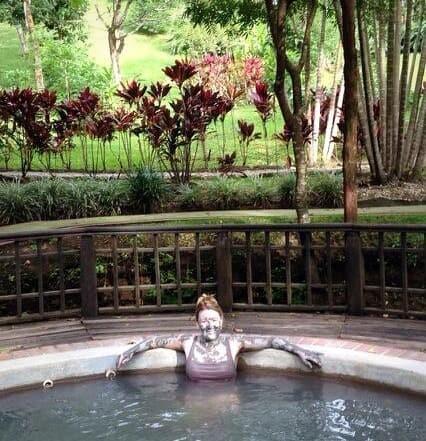 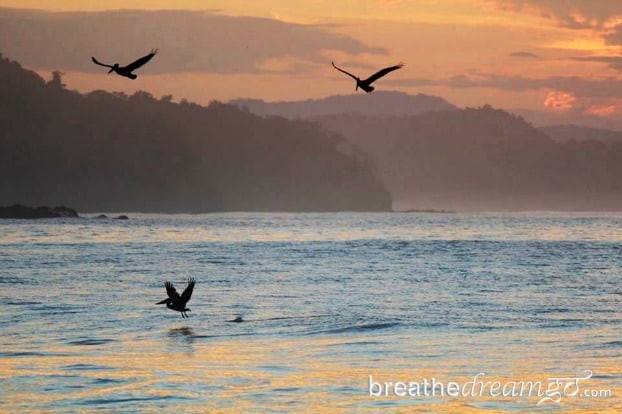 This website uses cookies to improve your experience while you navigate through the website. Out of these, the cookies that are categorized as necessary are stored on your browser as they are essential for the working of basic functionalities of the website. We also use third-party cookies that help us analyze and understand how you use this website. These cookies will be stored in your browser only with your consent. You also have the option to opt-out of these cookies. But opting out of some of these cookies may affect your browsing experience.
Necessary Always Enabled
Necessary cookies are absolutely essential for the website to function properly. This category only includes cookies that ensures basic functionalities and security features of the website. These cookies do not store any personal information.
Non-necessary
Any cookies that may not be particularly necessary for the website to function and is used specifically to collect user personal data via analytics, ads, other embedded contents are termed as non-necessary cookies. It is mandatory to procure user consent prior to running these cookies on your website.
SAVE & ACCEPT
11 shares
11 shares