Celebrating the four-year “blogiversary” of Breathedreamgo

TODAY, AUGUST 23, is the four-year anniversary of Breathedreamgo. Back in August 2009, I rushed my web designer / builder, Jennifer Johannesen of lowtotheground.ca, to get it ready to launch on Ganesh Chaturthi, birthday of the elephant-headed god of luck and auspicious beginnings. 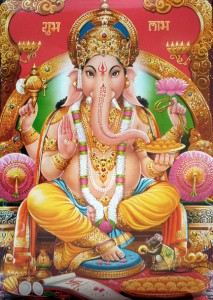 August 23 was the day the site was launched, but of course the idea for it was born much earlier. I started blogging, casually, when I first travelled in India in 2005-2006. I have written about this journey many times, including in My Story, A woman’s voice and 7 years of blogging. I was at the lowest ebb of my life, when I thought I might be finished with life, and needed to do something to get my life re-started. So I decided to take a huge leap of faith and go travelling, to India, for six months.

It worked: The trip gave me a muse (India), got me writing, connected me with a long-buried wanderlust and kick-started my life in so many ways. But as many people discover, sometimes the real journey begins when you get home. Since arriving back in Toronto in June, 2006, my life has taken a completely different course, with some highs and lows that have totally surprised me.

Pitfalls on the road less travelled

There is a reason it is called the road less travelled, the path less travelled. It is not easy to step off the straight-and-narrow and live by your wits and your heart’s desire, as I have done these last few years, and especially since launching Breathedreamgo.

When I got back from my first trip, I was still not fully recovered from losing my mother (will I ever be?). And I was determined to finally try and become the writer I always wanted to be. The writer I always felt I was meant to be. But my timing was god-awful. I was launching out on my writing career as the publishing world was flailing in the wake of the digital revolution.

I persisted, as writing was a compelling desire, a huge piece of unfinished business that was taking up most of my emotional energy, and I was flailing too. And then I had an epiphany.

In June 2009, I was at a conference for authors and publishers and the atmosphere was dreadful; doom and gloom hung in the air like a bad smell. On the third day of the conference, I didn’t want to return, didn’t want more torture … but as I was in the shower I suddenly saw that to be the writer I wanted to be, I had to establish myself on the internet, and make a name for myself. And then the words “breathe dream go” dropped in my mind, like they had been put there by some outside force.

I jumped out the shower wet and naked and ran to the computer to search the name, and finding it completely unique, buy the domain, get the gmail account, and everything else I could think of.

Making it up as I went along

And then I spent the summer trying to decide what BreatheDreamGo would be, and went through several ideas until I settled on a Wordpress-based blog. I didn’t even clearly have the idea of a travel blog in my mind, just a place to practise writing and pursue my obsessions and become a platform for the print writing I still wanted to do.

But as the blogosphere evolved do did I, and so did Breathedreamgo and it slowly metamorphosized into what it is today. I re-launched it several more times, with a new design, updated back-end and clearer focus. And over the past four years, as the travel blogging profession materialized from the margins, and social media exploded, I made Breathedreamgo an active travel blog, and became part of that world, co-founding Toronto Travel Massive, founding WeGoSolo and even training to become a certified travel agent.

I’ve spent everything I’ve got, poured all my time, money, energy, passion and talent into this career, travel writing, and this blog, Breathedreamgo.

And now as I am sitting here on the eve of my fourth blogiversary, I am wondering if it was worth it. Pursuing my dreams has often been a nightmare, in fact. There is a reason it’s called the road less travelled. I’ve suffered more professional rejection than I ever thought possible. I’ve read more emails and had more meetings with people who wanted something from me, but wanted to give almost nothing in return, than I ever thought possible. I have not made any gains financially — in fact, the contrary. Sitting at my computer most of the day and evening has contributed detrimentally to my spinal health, and I’ve put on weight. I probably spend too much time alone.

I have had successes, too, and some of those are greater than I ever thought possible. My biggest successes I cannot share with you, because they are emails I get regularly from people who are inspired by my writing. These are my emotional paycheques and I treasure them. My second biggest joy is the many, many sensitive, intelligent and thoughtful comments people leave on my blog and on my social media channels. I am very proud that I attract these people; I wish I could tell each of them how much their words mean to me.

I’m proud to have been published in some excellent magazines and newspapers (though not for awhile now, as I grew demoralized from sending query letters that were never answered). I’m proud to have been interviewed by some of the world’s leading media outlets. I’m proud that I have managed to wrap my head around the technical aspects of running a blog to the degree that my SEO is really working: Breathedreamgo now ranks as number 1, or close to number 1, for the search term “India travel blog.” It wasn’t that long ago I was on page six.

I’ve won awards for Breathedreamgo — the first time in my life I have ever won awards. A recent high, and one of the milestones of my career, was being featured as part of the India Today cover story, in their independence day issue (if you don’t know, India Today is the Time Magazine of India). I am very proud that my blog is well-received in India, where foreigners’ writing is often criticized for being too romantic, or too judgmental, or too off-base.

But I think the thing I am most proud of is that I just went out there and did it. I threw my heart and soul into my travel writing, especially my writing about my transformative journeys in India, and into becoming a better writer, and building Breathedreamgo. And I threw myself into the fray of learning how to successfully navigate the choppy waters of social media; and how to become internet savvy and technically proficient; and how to monetize and become a smart businessperson. And. And. And.

Before I went to India for six months in 2005, I had never been on a big trip like that. And before I launched Breathedreamgo, I had never created anything I deeply cared about. I have never staked myself to something, going through all the euphoria and despair of trying to succeed. It is painful, exciting, humbling, life-changing and aging.

I don’t know what the future will bring — right now it feels like I will need a miracle to prosper in the financial sense. But at least I will not regret taking “the one less traveled by.”

Thank you for coming along with me

And a special shout-out to my sister, Victoria Ward (whose blog about the arts is coming along nicely) and to photographer Andrew Adams, whose photos often grace this blog, and to Michael Tieso of Travel Blog Success, who is the only person I let under the hood of Breathedreamgo.

P.S. Watch this commencement speech by writer Neil Gaiman, who says everything I would like to say about being a creative professional. But so much better.